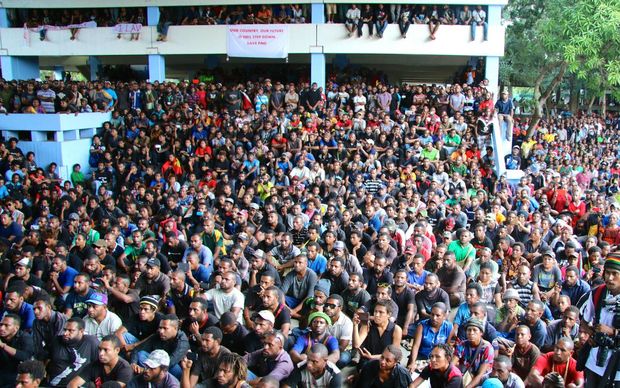 Students in Papua New Guinea staged a peaceful rally outside Parliament where the opposition today attempted to call for a vote of no confidence in the government of Prime Minister Peter O'Neill.

The students have been boycotting classes for a month while demanding Mr O'Neill step down to face corruption allegations.

One of the student leaders, Gerald Turumanu-Peni, said about five hundred people gathered outside Parliament on Tuesday, half of them students and the other half members of the public.

He said police would not let any of them into parliament to watch the proceedings from the public gallery.

"It's just one way of suppressing us. I don't know what really made them stop us at the gate. This will be the first of its kind to not allow public to go inside to attend the sitting," he said.

Earlier, Mr Turumanu-Peni said the students would be careful to avoid a confrontation with the police by not marching on Parliament.

"I don't think we'll be having a march, we'll go in buses to create less anxiety to the general public. We are unsure about what the police will do, but we won't back down."

Parliament has now been adjourned to tomorrow, with the motion of no-confidence yet to be tabled. Students indicated they would return to rally outside the parliament again.

Mr Turumanu-Peni said their rally coincided with a summit in Port Moresby attended by leaders from African, Caribbean and Pacific nations including Zimbabwe's Robert Mugabe.

The Prime Minister of Solomon Islands, Manasseh Sogavare, is also attending the summit and said in a statement that he had been assured by Mr O'Neill the security of Solomons students studying at various PNG tertiary institutions was adequate.

Mr O'Neill indicated to Mr Sogavare that the University of Papua New Guinea had always had a vibrant debating environment, and that the recent protest is an ongoing example of the students' free expression of political ideals. 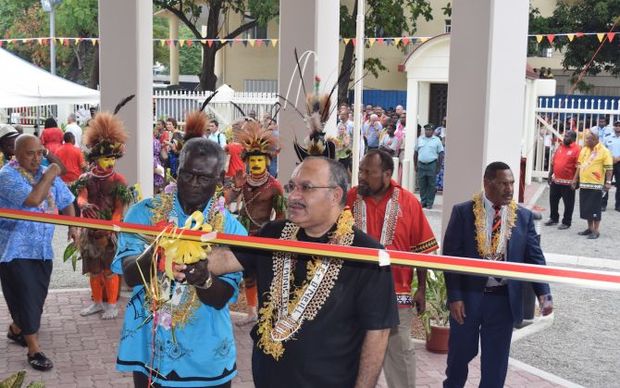 The PNG Prime Minister told his Solomon Islands counterpart that the students' protests have 'lost momentum' and that he expected normal classes to resume very soon.

Mr Turumanu-Peni said about a quarter of the five thousand students who were occupying the Univeristy of Papua New Guinea (UPNG) campus have now left.

He said a hearing of the National Court at midday on Wednesday will re-visit the temporary stay order it placed on the UPNG decisions to evict students from the campus and to cancel the first semester.

UPNG told the National newspaper it will appeal the order.