Tokelau has the most popular country domain name in the internet.

With more than 31 million addresses using the territory's .tk registration, Tokelau has now almost twice as many entries as China and Germany which follow in second and third position.

The boom is attributed to Tokelau being one of the countries offering free registration.

The list excludes the domain name .com which is the most popular and the most commonly used in the United States

According to the British site Nominet, there are now 3.2 billion internet users globally - eight times more than in the year 2000. 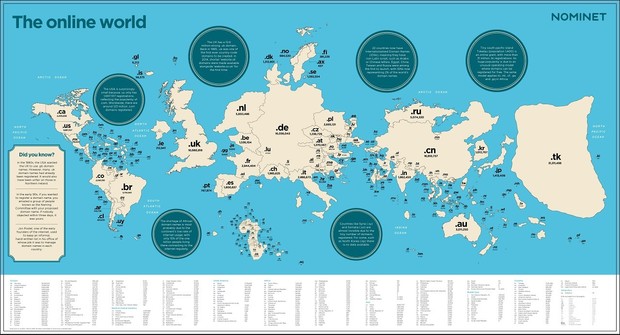 Map according to size of a country's internet domain Photo: Nominet