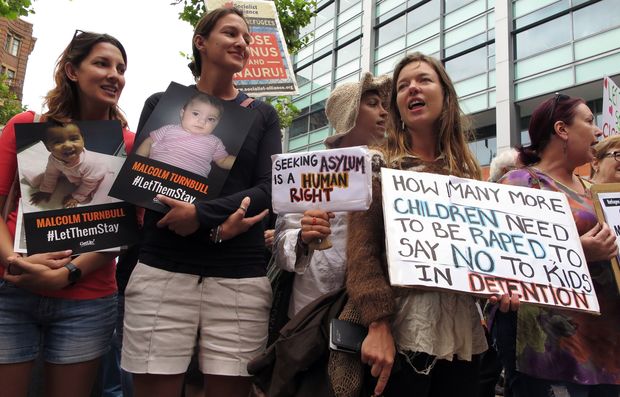 A protest outside an immigration office in Sydney on February 4, 2016, asking the government not to send asylum seekers back to Nauru Photo: AFP / William West

A senior Australian immigration official says some of the dozens of asylum seekers waiting to go back to Nauru are suffering from cancer and terminal illnesses.

The asylum seekers have been in Australia getting medical care.

The Department of Immigration and Border Protection secretary Michael Pezzullo said the first returns could be made within days.

But he told a Senate committee hearing decisions on when to return the 267 asylum seekers would not be made in a "bulk determination".

Mr Pezzullo also denied reports a five-year-old asylum seeker was raped on Nauru, and he said such reports had been misleading.

He said the alleged victim was actually over 10 years of age and the child had only "skin-to-skin" contact with another detainee child on the island.