Crowds have reportedly gathered in the Papuan town of Timika to protest the police shooting of two high school students. 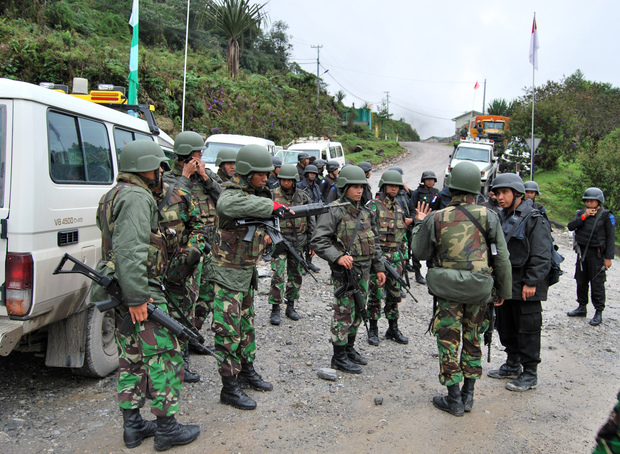 An Australia-based West Papuan campaigner, Paula Makabory, says the 17-year-olds were shot, one of them fatally, near a market in Timika on Monday when they were pursued by Indonesian police.

She says the police were pursuing them because their fathers are said to be members of the rebel organisation, the Free West Papua movement, the OPM.

Ms Makabory says the Papua police chief, General Paulus Waterpauw, has reportedly apologised to the victim's family, but that's been rejected because similar incidents have gone without prosecution.

She says crowds gathered in the town last night to protest the killing.

"I have heard that a house has been burned, but I haven't got detail yet. I have heard that people are now demonstrating against this shooting by the Indonesian police and then the family are gathering to mourn together in the KNPB office."

Paula Makabory says Monday's shooting is the latest in a string of incidents of Indonesian security forces shooting Papuan youth.