National guard troops are on their way to Hawaii's Big Island, as a river of molten lava continues to creep towards a main road.

Residents of about 50 properties have been asked to be ready to leave, and many have been slowly emptying their homes of furniture and treasured possessions.

They have expressed concern about potential looters targetting evacuated homes, and a contingent of 83 National Guard troops is expected to arrive there later today.

Hawaii County Civil Defense says the locals troops will be working to take care of family and friends. 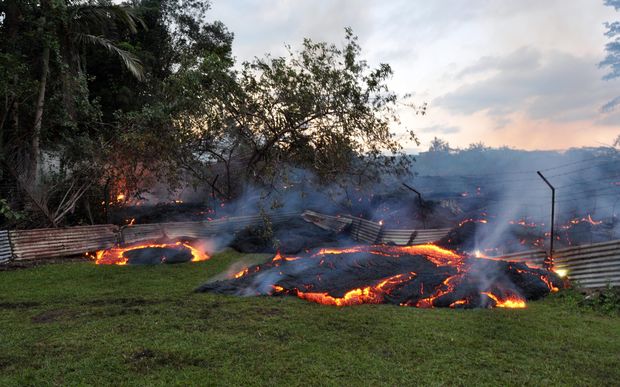 Lava that has pushed through a fence marking a property boundary in Pāhoa village in Hawaii. Photo: AFP / HANDOUT / US Geological Survey