Geophysicist, Mike Poland, says the volcano has been active since 1983 but a change in direction of the flow and the downhill slope is now threatening access to a more populated part of Hawaii's Big Island.

He says the lava flow is currently heading towards the village of Pahoa and will cut off a main highway affecting up to 10,000 people, if it continues in the same direction.

"Well the lava flow is advancing at about 100 - 150 metres a day, at least over the last week or so. The threat to people is not so much that the lava flow will suddenly appear and hurt them, because the flows tend to move slowly enough. You can see 100 - 150 metres a day, you can get out of the way fairly easily. It's really going to be the impact on infrastructure." 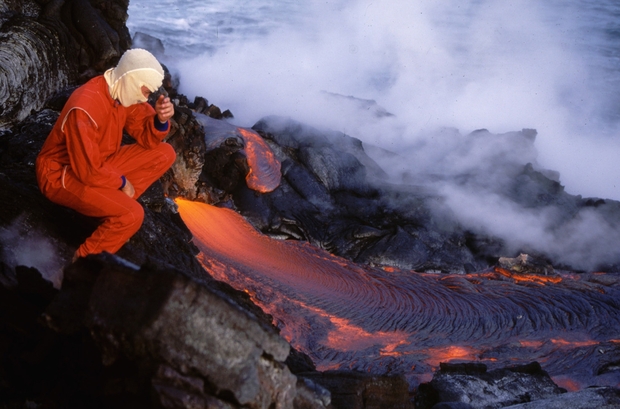