Questions have been raised in Fiji about the continued display of public notices with large photos of the Prime Minister during a so-called blackout on campaign advertising.

For the two days before Fiji goes to the polls for the first time in more than eight years tomorrow, all political advertisements and reporting have been banned.

The Media Industry Development Authority is monitoring journalists' output during this time. 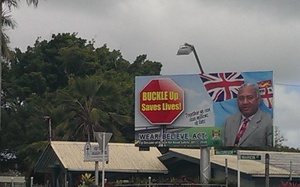 Its head, Ashwin Raj, says the large images of the Prime Minister alongside road safety messages are allowed as they relate to state roles, not political ones.

There has been at least one complaint about political parties not taking down campaign banners.

Fiji's police commissioner says good security needs to be in place ahead of the country's elections given its history of coups.

3,000 officers will be involved in the polling process.

"The Commissioner Ben Groenewald says his primary concern is to make sure the election is free and fair. He has already said he will call in the military if needs be to help keep the peace. Some people are worried about the phase after the elections but he says he has had no indication of any serious security threats." 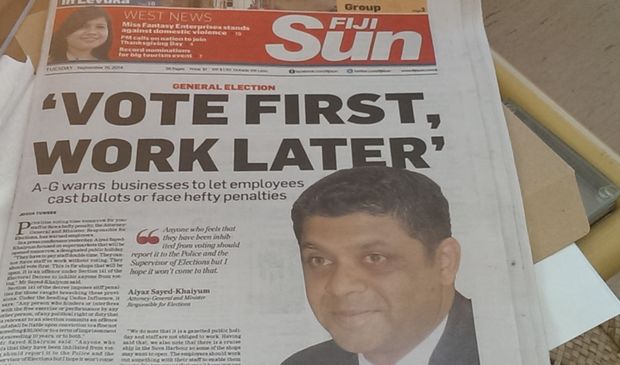