A legal expert says a decree provision in Fiji which prohibits any person from communicating political messages in the two days leading up to polling tomorrow is unprecedented. 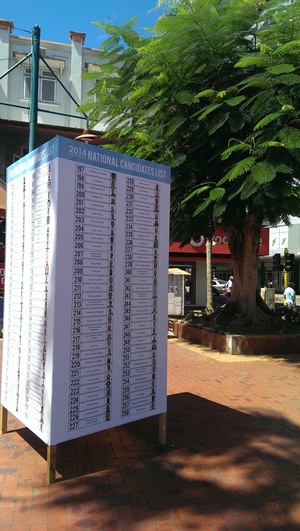 A list of election candidates in Suva Photo: RNZI

Section 63 of the Electoral Decree makes it illegal for the public, the media and political parties to campaign by telephone, internet, email, social media or other electronic means 48 hours before polling opens.

An Auckland University law professor, Bill Hodge, says the clause stretches over a longer period of time and covers a much wider base of communications than any other jurisdiction he is aware of.

He says while media black-outs before an election are common around the world, restricting what the general public can say is unheard of.

"If a member of one family calls a member of their family, 'hey don't forget to do get out and vote for so and so', that could be a violation of this decree. And that to me is unprecedented. And I hope we don't have some sort of examples being made of people who presumably, they are people that are quote 'the opposition people'. But it is unprecedented."