Fiji's largest church says it is trying to repair a number of broken relationships as it celebrates its 50th jubilee. 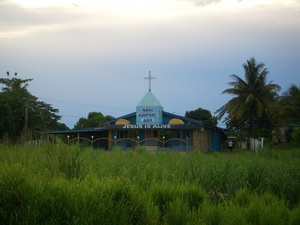 The Methodist Church on Monday held a reconciliation service in Suva and its spokesperson, James Bhagwan, says it has struggled with internal issues that have divided the church, particularly the ousting of former leader Josateki Koroi in the 1980s.

Reverend Bhagwan says that as the church celebrates 50 years, it is hoping to heal the divisions and move on.

"We were very grateful that Reverend Koroi was there and regardless of who acted at that time, the fact is that it was the church that had wronged reverend Koroi, and so as a church we sought his forgiveness. There has been of course personal reconciliation programmes but this was from a church perspective."

James Bhagwan says after the church has reconciled amongst itself, it hopes to repair relationships with other communities in Fiji, including the government.