Exactly fifty days to go before Fiji's general election, poverty and joblessness are high among the concerns of the country's grassroots. 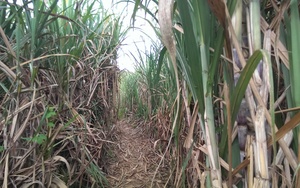 Sally Round has been visiting villages in the west to gauge sentiment ahead of the first polls since the 2006 coup.

"High poverty levels and ballooning living costs top concerns for those among the sugar cane fields on the outskirts of Lautoka.

But many are won over by the current government's dropping of school fees, saying that alone will make them tick the box for Frank Bainimarama.

Several didn't want to give their views and some expressed fear about the prospect of an election and what might happen if the regime leader did not retain power.

People had many questions about land and lease safeguards and slim knowledge of other parties' policies but many had registered to vote and said they intended to."