Opinion - New Zealand can only beat the test cricket opponents put in front of them. 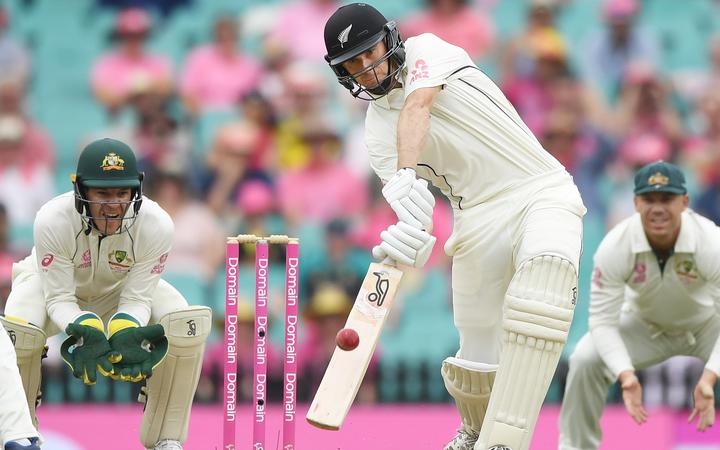 Nothing can eclipse the memory of last summer's lost opportunity in Australia: Black Cap Todd Astle batting on day 3 of the third cricket Test match against Australia in Sydney in January 2020. Photo: Photosport

If those opponents are rubbish - and rolled in and out for unsatisfying two-match series - then that's not the Black Caps' fault. All they can do is execute their own skills and then watch the other team fumble and bumble their way to innings defeats.

I'm not in the habit of sparing a thought for professional athletes. Theirs is a pretty good lot and they ought to be grateful for it.

With the Black Caps, though, you do feel a modicum of sympathy.

Ultimately the cricket world - ie India, England and Australia - doesn't take them seriously and rarely deign to host them in a marquee series. Sure, the so-called Big Three regularly meet each other in four or five-test clashes, but not those dowdy old Black Caps.

That's why last summer in Australia was such a big deal. For once, New Zealand wasn't the warm-up act. They weren't summoned to appear in Hobart in November but - for the first time since 1987 - given the headline status that comes with being the Boxing Day opponent at the MCG.

Let's be fair dinkum here. The Black Caps can top all the confected world rankings they like. Their batsmen and bowlers can accumulate flattering statistics against hapless visitors such as the West Indies and Pakistan, but none of that is worth anything.

New Zealand teams are remembered for their deeds away from home. For triumphs such as the 1985 series win in Australia, the following year's 1-0 victory in England and for coming from 1-0 down to beat England 2-1 in 1999.

This country's first test-match win over the West Indies in the Caribbean - at Kensington Oval, Barbados in 2002 - remains a career-highlight for all those involved.

These modern-day Black Caps had a chance to put themselves in similar company, last summer. To be more than just a team that batters mediocre opponents at home, but who went to Australia and cemented their status as one of the great New Zealand test sides.

Sadly, 296, 247 and 279-run drubbings were the outcome, confirming the suspicions of the Big Three that the Black Caps weren't worthy of a place at test cricket's top table.

Winning test series away from home is hard for everyone.

Only the great teams achieve it.

Ask an England player of recent vintage to nominate a career highlight and they'll invariably plump for the test series win in Australia in 2010/11 or India in 2012/13.

To win on the road when it's tough and no-one rates you and the stakes are sky high is what every team dreams of. It's also how we differentiate the good teams from the great.

In 25 words or less, tell me the difference between the ICC world test rankings and the World Test Championship and how points are accumulated.

While you're doing that, I'll go back to last summer in Australia and a three-test series that might forever be a stain on the reputation of this New Zealand side.

That was their moment to elevate themselves to elite status, both in a world sense and in terms of our own test-match history.

If they'd at least competed with Australia, then perhaps those defeats would be more palatable. But they capitulated entirely and no 2-0 home series win over Pakistan can change that fact or soften the blow of those annihilations.

Thousands of New Zealanders descended upon the Melbourne test match - particularly - hoping to be part of history. Instead the only part they played was that of the affable loser, having to commend Australia on their performance and pretend that it was still a privilege to have been there.

This is where your sympathy with the Black Caps evaporates.

That was their chance to change their lot, to be invited for more three and four or five-match series' against test cricket's top teams and to end the years of condescension and back-handed compliments.

To be admired for more than just copping the disgraceful 2019 Cricket World Cup final outcome sweet.

Ross Taylor belongs in a similar echelon, while bowlers Tim Southee and Trent Boult have been outstanding performers too. History will remember them all well. 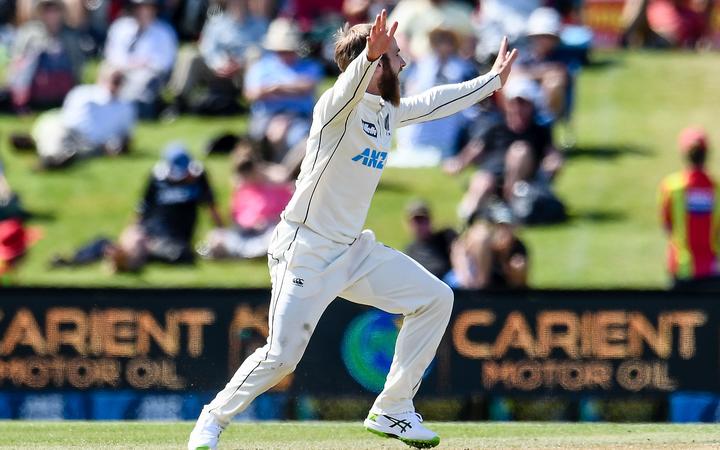 No one disputes that Kane Williamson is a very fine batsman. Photo: Photosport

But let's not forget what it is that defines test teams and what separates the good from the great. Let's not pretend that some ranking system eclipses the memory of last summer's lost opportunity in Australia.

This is a good New Zealand test unit, but elite status will continue to elude them until they can topple one of the Big Three in a series away from home.