Analysis - London filmmaker and runner Gez Medinger has gone from making thrillers and horror films to wondering if he's living in one. What does it feel like when you haven't yet recovered from the coronavirus? 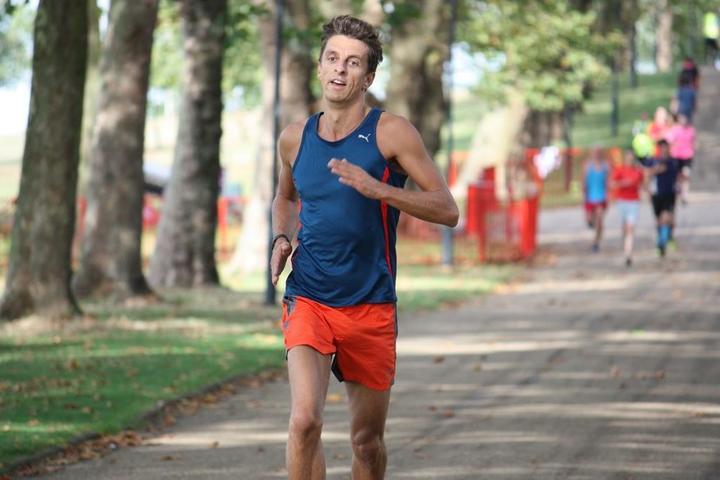 Gez Medinger used to run 90kms every week but six months after contracting Covid-19 he is exhausted by tasks as simple as taking out the rubbish. Photo: Supplied

He records his verbal responses to my questions. After speaking for just 15 minutes, his head is throbbing and his brain feels frazzled from the effort.

The 42-year-old has now hit the six-month mark after getting Covid-19, but still hasn't recovered.

In the United Kingdom, almost 600,000 people are reporting Covid symptoms that linger for more than a month - 12 percent of coronavirus survivors. This estimate is drawn from the Covid Symptom Study's analysis of data from 3.6 million app users.

Some New Zealanders are also not getting better. Kiwi entrepreneur Jenene Crossan recently spoke to RNZ's Jim Mora about her enduring post-Covid illness.

Medinger's struggle to do basic activities is one of various debilitating signs of post-viral illness. Fatigue, headaches and cognitive problems are his main concerns.

During the night he has insomnia and "unbelievable nocturnal thirst". After falling asleep, he's often jolted awake with a desperate need for water, at times drinking two litres of water overnight.

He's experienced eczema, stinging skin and a groin rash that was "incredibly painful, like nothing I've ever had before".

Yet Medinger says the presentation of his post-Covid illness is relatively straightforward, compared with many 'long-haulers'. The range of reported symptoms is broad, and the medical picture can be complex.

But he is not mildly affected. His entire life has changed - from work to exercise to relationships.

Medinger explains the daily fatigue is much more than tiredness. "It's not like being tired, categorically not. It's like you've been drugged."

"You can be feeling okay one minute of the day. And then 10 minutes later - whoompf, it's like you've been run over by a truck."

When his concentration is bad, he's unable to see clearly or think clearly. His balance is affected. He can't read, watch TV or take part in a conversation.

His social life has taken a dive, sometimes unable to speak with friends on the phone because of extreme fatigue and cognitive challenges.

"If someone's talking to you, their words just turn into mush."

This is a long way from Medinger's usual life. On 12 March, he went for a 17km run, part of his training for the London Marathon.

He was in good shape, aiming to complete the marathon in under 2.5 hours (running any marathon in fewer than four hours deserves respect; the top athletes finish in about two hours).

The next day, Medinger's first Covid-19 symptom sprang up: nausea. His initial illness was relatively mild. Shivers and chills came on, then some gastro-intestinal issues, headache, fatigue - and a short-lived cough.

"After about two weeks, I thought okay, I'm going to get better now, because that's what everyone says you do.

And as time went on, I realised I wasn't getting any better. I still had awful, awful waves of fatigue, headache, concentration issues, dizziness, and I was all over the place."

Recognising some of the "tell-tale signs of post-viral fatigue" - as a 20-year-old he'd been ill for a year after getting glandular fever - the film-maker's instinct was to create a You Tube video to raise awareness of the post-viral fatigue that can follow Covid infection.

That film found an audience of tens of thousands of people experiencing similar problems. He followed up with a series of YouTube films, investigating and explaining the long-term effects of Covid from his home office. His key messages for long-haulers battling fatigue are to: prioritise rest and relaxation, avoid pushing yourself, learn to balance activity and breaks, and improve sleep.

He makes the videos by working in short bursts - pacing - to carefully ration his limited energy.

Since March, he's only managed to work one day as a director on a film shoot. That work wiped him out for the next few days - he was bedridden from the heightened symptoms.

This phenomenon is called post-exertional malaise (PEM). Symptoms spike dramatically in the days after overdoing an activity - physical, cognitive or social efforts.

PEM is the hallmark symptom of myalgic encephalomyelitis (ME), sometimes called chronic fatigue syndrome, which can develop after a viral illness. ME is a debilitating, ongoing multi-system disease, thought to affect 20,000 to 40,000 New Zealanders. 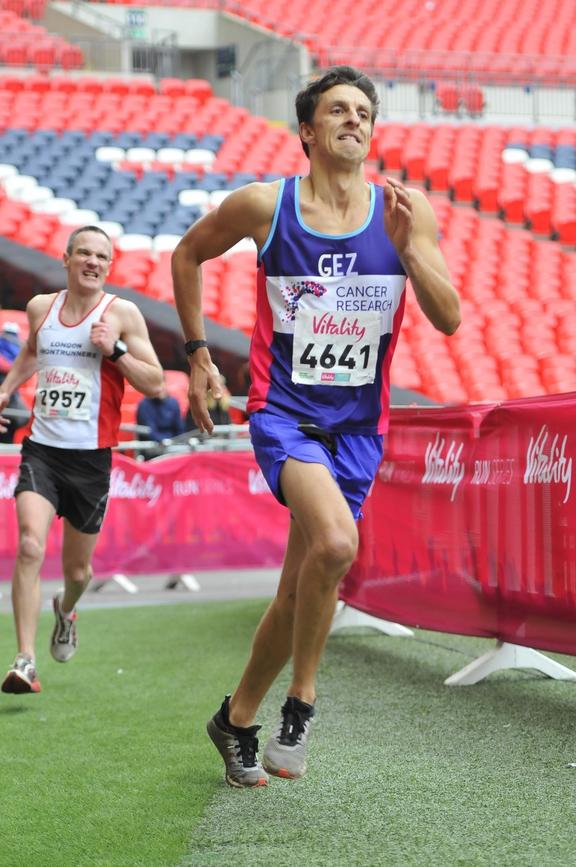 Before he got Covid-19 Gez Medinger (front) was training for the London Marathon aiming to complete it in 2.5 hours. Photo: Supplied

While it's still early in the understanding of Covid-19 illness, it's feasible that a subset of people with post-coronavirus problems may be diagnosed with ME in future, as viruses are a common trigger for ME. In other cases of long-haul Covid, people may experience a lengthy recovery after their severe acute illness - or the coronavirus itself may cause assorted complications.

Wide-ranging monitoring and research is essential to find out what's going on, so that effective treatments can develop.

Long-haulers' reports of diverse, see-sawing symptoms - and drawing medical blanks - will be familiar to many of us living with under-researched health conditions like ME or fibromyalgia.

Understandably, the uncertainty and the void in treatments can make life even tougher for people like Medinger.

"The light at the end of the tunnel just isn't there. Nobody knows, nobody can give you a prognosis, or any treatment that works - you're just out there by yourself."

He says it helps to connect with other long-haulers. Post-Covid patients worldwide are finding each other on social media and online support groups. Medinger is part of the UK's Long Covid SOS network, which advocates for greater recognition of Covid-19's lasting effects.

Medinger has supportive family and friends, but says not everyone understands and he gets that.

"It's not an easy thing to understand. Because if you're talking to friends or family you're doing it in a good moment, when you're able to. You look vaguely normal, you sound vaguely normal."

But for now, and like many others, his post-Covid life is anything but normal. The film-maker's reality has become stranger than fiction.

*Louise Thornley is a freelance writer and researcher on public health topics, with a background in public health research and policy. She currently does part-time work for Radio New Zealand and Porirua City Council.