Power Play - As soon as Clare Curran rose to her feet in Parliament this week and failed to deliver a confident or even convincing performance, her ministerial days were numbered. 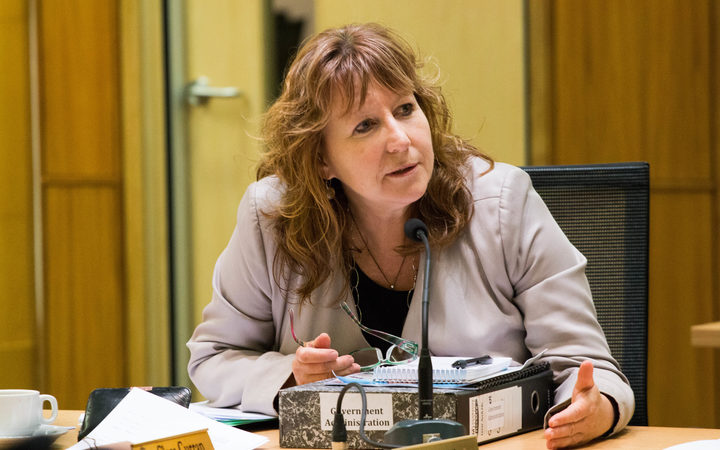 She was already on notice after a series of missteps relating to her secret meeting with Carol Hirschfeld and her fumbling attempt to answer more questions about how she handled official information was the final nail in the coffin.

Clearly under pressure, she took leave from Parliament on Thursday, and the internal conversations about her exit would have begun in earnest.

Ms Curran has become a lightning rod as the first ever minister to hold the 'Open Government' portfolio - established with the best intentions but one that's become an object of ridicule as she's been caught out mishandling official information.

The opposition has been relentless since her sacking from Cabinet, lodging hundreds of written parliamentary questions delving into her ministerial operations.

That pressure would have intensified over the remaining three weeks of this sitting session, pressure she was clearly in no position to withstand.

But there is a broader consideration here - that ministers ensure they correctly handle official information that may come to them via platforms like Facebook, Twitter or personal email.

This is pertinent because any communications or information shared by ministers is subject to the Official Information Act and parliamentary questions, so has to be archived and documented accordingly. To fail to do is a breach of the law.

Several ministers - former and present - have told RNZ they systematically forward any communications received via social media or personal emails to either an appropriate staffer or to the parliamentary server system.

If Ms Curran's answer to Parliament on Tuesday is to be taken at face value this was not a process she followed - rather, she said, her staff had access to her Gmail account.

Now she is no longer a minister the opposition won't be able to pursue her further on that matter, but now they are likely to turn their sights on the prime minister.

This morning Jacinda Ardern did one of her regular Friday interviews with Newstalk ZB where she was asked whether she intended to sack Ms Curran, to which she replied in the negative.

"No, because I think she's paid a price...we do want to make sure that we don't set the bar so high that you have the situation that if you show a bit of human frailty you lose your job over it."

She at no point was asked whether Ms Curran had or would resign, but the clear impression was her job was safe - the headline that ran on the story.

There were several hours between that interview and the actual announcement as the prime minister's office worked to get everything in place to remove a minister, including informing her staff they were out of a job.

Ms Ardern now faces accusations of misleading the public in that interview, more collateral damage left in the wake of Clare Curran.