Opinion - Despite a slow start last night's 38-13 All Black victory over the Wallabies certainly had a feeling of inevitability around it, writes Jamie Wall. 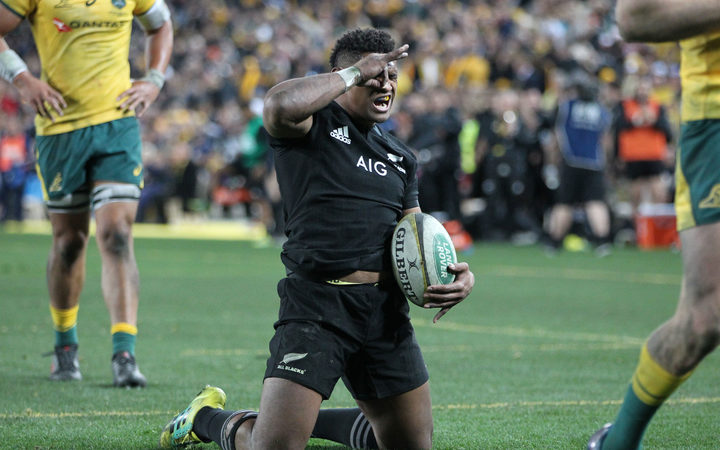 While the Australians may have felt confident in the lead up to the test, and indeed led for the entire first half, it was just a matter of time before the All Blacks hit the kill switch and buried the game as a contest.

However, it wasn't before some of the most inept handling and decision-making that's been seen by an All Black side in quite a while. Forty minutes worth of blundering about meant that the Wallabies headed into the changing rooms at halftime probably feeling like they had a shot at making it two in a row after their win in Brisbane last year.

The All Black first half could probably best be summed up by an early play that had disastrous consequences. They had a good attacking scrum position, just to the left of the posts. The play was supposed to be a pass from Kieran Read to Aaron Smith, who would then hit Ryan Crotty on an inside channel. The scrum ended up collapsing, and Smith went way too early and telegraphed the move to everyone in the stadium. Crotty was tackled the instant he took the pass and spilled it forward, then was knocked out trying to recover the ball after he clashed heads with Jack Goodhue.

Crotty was gone for the game after only a fraction of the game. The reliable Anton Lienert-Brown came on to plug the gap, but the All Blacks spent the rest of the half bumbling around like the ball was covered in spiders.

The Wallabies did put their territory and possession to good use, with a couple of penalties, but they needed tries in the first half. Six points is nowhere near enough to make the All Blacks feel nervous, especially when Aaron Smith was allowed to stroll over just before the hooter sounded.

Unfortunately for the Wallabies, by the time the two sides returned to the field, the All Blacks had identified exactly where they needed to target in order to get back on top. The home side gave up an astonishing seven lineouts and were pinged four times for scrum penalties - which makes it obvious that the All Blacks were going at the Wallaby tight five.

It's an area that's plagued the Wallabies for years now. They haven't had anyone in the calibre of the All Blacks at prop, hooker or lock lately, and it was on show like a glaring beacon as soon as the ball started being turned over at a regular rate.

The All Blacks' two tries after the break were opportunistic, but the sheer weight of possession they enjoyed due to the set piece domination meant that they were somewhat deserved. Jack Goodhue's finish came off a lovely bit of work by Waisake Naholo to briefly go from being finisher to distributor, when he chimed into the backline to set Rieko Ioane free.

Then Beauden Barrett did what Beauden Barrett does, swooping on a dropped ball in the Australian backline to dribble it up to the goal line for a try. You can't teach that sort of skill and anticipation, and it effectively ended the game as a contest before Naholo tacked on some insurance late with two tries.

The main talking point out of this match will be the All Blacks' slow start, Crotty's adding to his worrying tally of head knocks, plus a tackle by Naholo on Israel Folau that would've been a card any other day of the week. Both Steve Hansen and Michael Cheika brushed the latter off as irrelevant, but the fact is that we can barely seem to get through a test without some cause for complaint around the officiating.

Once again though, the Wallabies have suffered a heavy loss at the hands of the All Blacks in Sydney. At least they weren't blown away like last year's first half massacre, but this was more of a creeping doom that finally arrived in painful fashion for the Wallabies.

Next weekend's return match at Eden Park isn't going to get any easier for them, either.