An earlier "heads-up" on finances from the government would prevent a "gallop" to finalise hospital budgets post-Budget Day, health board leaders say. 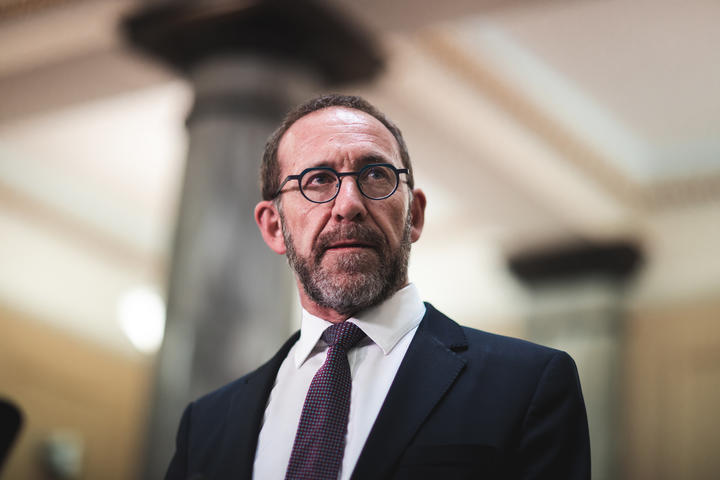 Chairs of New Zealand's 20 district health boards raised their concerns with new Health Minister Andrew Little at a meeting in Wellington on 12 November, calling for the return of a "revised" hospital budget figure in December, ahead of Budget Day in May.

Hauora Tairāwhiti health board chair Kim Ngārimu reported back to her colleagues in Gisborne last week.

"We did raise with the minister our concerns that over recent years we don't get a good signal on our finances for the forthcoming year until budget day, whereas previously we used to get a much earlier signal and could run our planning processes in a more considered manner, rather than a real gallop to the finish," Ngārimu said.

"He was receptive to that and so we're hoping that we may get an earlier heads up on what our budget for the forthcoming year would look like."

Little told Local Democracy Reporting it was "not an unreasonable request".

"The challenge for the sector is sustainable funding and accountability for financial and service performance. This means having a process that allows DHBs to finalise an annual plan in good time so they can be held to it," he said.

Ngārimu said they also had a "broad discussion" about the health system review, and were updated on DHBs' financial performance for the first quarter which was "better than projected".

"Chairs had previously raised with Minister Hipkins some real challenges in getting capital projects through the approval system at the Ministry," Ngārimu said.

"I think that for smaller DHBs it's been much less of an issue than for big DHBs, or for DHBs that are doing a full hospital rebuild," she said.

"Some of them have had several years to get a business case through."

Little said he was "keen" to see the process for finalising decisions on capital projects "as streamlined as possible".

"I am sure we can improve on the current system," he said.

He told chairs decisions on the Health and Disability System Review would be made over the next few months and that implementation would require "good engagement".

"I acknowledged the difficult year it has been and thanked them for their efforts towards our Covid-19 response."

Hauora Tairāwhiti chief executive Jim Green said when they received funding each year, they were told to use that figure to plan draft budgets for the following year.

"We prepare all the budgets and have already submitted drafts to the Ministry of Health by early March, having had this approved by the Board.

"In essence the chairs' message was about having a funding update earlier.

"The chairs were referring to the fact that the final funding figure is not known until the Budget is presented. So the (DHB) budgets cannot be finalised until after that point," he said.

In the past, they received a "revised indication" of finances in December.

"The chairs were suggesting a revised figure in December would assist in finalising budgets, but this does not allow for the fact that in most years the earlier estimate is always higher at budget time as specific budget programmes are announced at that time," he said.