Police did all they could to avert a fatality after a driver refused to pull over for officers early this morning, the Bay of Plenty police chief says. 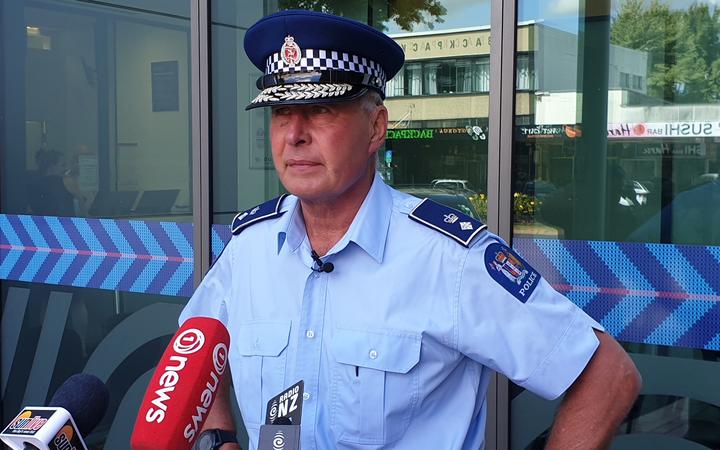 A passenger in the car - a 45-year-old man - died after the vehicle lost control and ploughed into a fence.

The driver, a 28-year-old man, has been charged with dangerous driving causing death.

Bay of Plenty District Commander Andy McGregor said the man drove at excessive speed between 140km/h and 150km/h down Broadlands Road towards the scene of an earlier crash that was also fatal.

He said the driver passed an unmarked vehicle driven by a police photographer heading to the original crash.

''The photographer radioed ahead to the scene as he was a bit afraid for the safety of the staff there, to say that this vehicle was approaching them."

''A [police] vehicle was sent from the scene to where the road block was to ensure the safety of those civilian contractors manning that road block."

He said the vehicle turned right onto Centennial Drive as it approached the road block.

''The police lights were activated, the vehicle failed to stop.''

Superintendent McGregor said what happened next was very quick.

''The police vehicle then followed the vehicle for a short time, less than 30 seconds. The vehicle lost control on a corner and went through a horse fence, with railings. The vehicle ended up in a paddock.''

He said officers witnessed the crash.

''They were just catching up to the vehicle and they didn't have time to even actually notify comms at the time. It was a very, very short period of time. Within the space of 500m to 700m.''

Superintendent McGregor described the driver as a motivated-offender who did what he did for his own reasons.

''If people stop, these things don't happen, and I look at our staff especially and you have young staff there, less than a year's service and they are very visibly upset about this whole incident.''

He said it was very frustrating when drivers refused to stop for police.

"It's an expectation of the public out there that we stop these vehicles because they may kill and innocent third party."

The 28-year of male driver suffered moderate injuries in the crash. He has appeared in the Taupō District Court.