Building work on a $500 million village at Queenstown's Jack's Point is about to start. 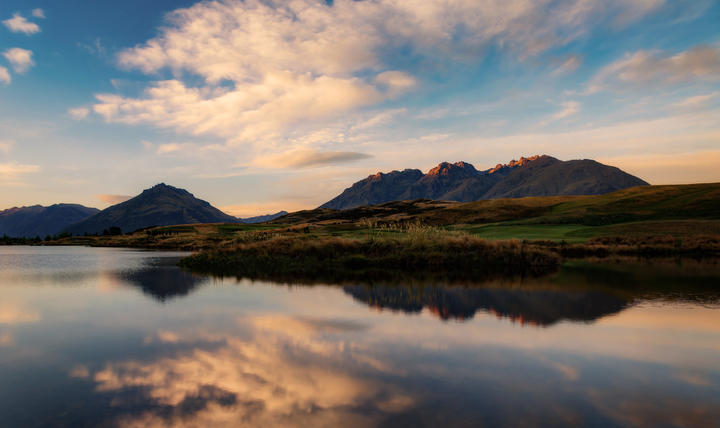 Work will soon start on a $500 million development at Jack's Point in Queenstown. Photo: 123rf

The long-awaited central hub - alongside Lake Tewa and the Clubhouse - will comprise 110 homes, 600 visitor accommodation rooms including a $200m waterfront hotel, and commercial premises amid tree-lined streetscapes and green spaces.

It will service Jack's Point's resident population, including Hanley's Farm, which will eventually reach about 8000.

It would also enhance the area's appeal as a destination for locals and visitors already attracted by the championship golf course and other amenities, such as its walking and cycling trails, the developers said.

The 15-hectare site - a similar size to Queenstown's CBD - is being developed by Jack's Point's original local developers, John Darby and Mike Coburn.

Mr Darby called it "a game-changer" for the resort.

He said it would attract a broad range of people to live and work there with "a lively mix of shops, restaurants, small businesses, homes, visitor accommodation and a strong community base".

The first homes, mostly two-bedroom, are priced from $699,000, and will be built by Southern Lakes Group and Classic Builders.

Mr Darby said they were priced "well below the average price for Queenstown, and will appeal to young first-home buyers, retirees and everyone in between".

Mr Coburn said part of the original vision for the village was to have a cross-section of the community living there.

In contrast to the expanding shopping centres on Queenstown's Frankton Flats, Mr Coburn said the village had "more the sort of atmosphere you'd expect in places like Clyde or Arrowtown, but just on a bigger scale, and, of course, in a modern build, but still in sympathy with the landscape".

Parts of the village - which Mr Coburn said would follow the same design guidelines as the rest of Jack's Point - would be up to four storeys.

The design promotes the use of sustainable materials and green engineering systems.

"It is a rather unique village in New Zealand because there are not too many builds that I'm aware of, of the same scale," Mr Coburn said.

The development timetable "is going to be driven by demand and the economy", he said.

Plans for the five-star hotel will be unveiled soon.

Mr Coburn and Mr Darby are seeking, along with real estate consultancy CBRE, partners to help build the village.