New Zealand's plastic bread tags are now being sold for recycling to fund wheelchairs for those in need in South Africa. 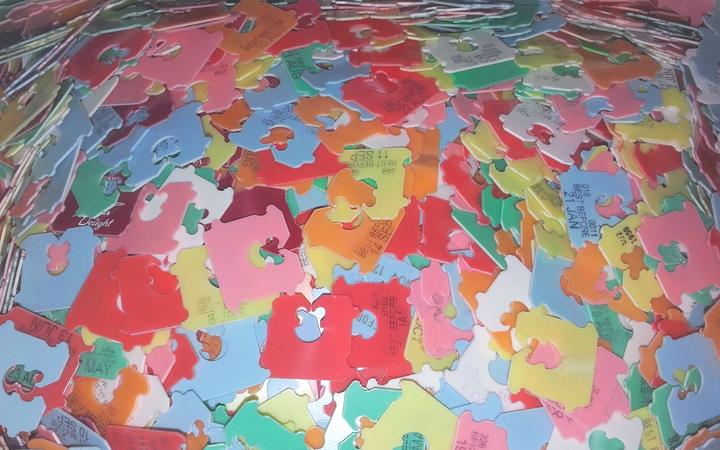 The Bread Tags For Wheelchairs scheme has been running in South Africa since 2006 and was started in New Zealand in February.

In South Africa the bread tags are sold to a plastics company which makes seedlings trays, and the funds are used to purchase wheelchairs for those in need.

Kelly Vollenhoven, from Whangārei, heard about the scheme while she was living in Cape Town and she now co-ordinates the scheme in New Zealand.

She said it was clear that many people had been stockpiling the small plastic tags for some time.

"We had one delivery come in with a wee post-it note attached stuck on to it saying, 'I have been waiting ten years for something like this to happen.'

"So they were really pleased they could do something worthy with their tags." 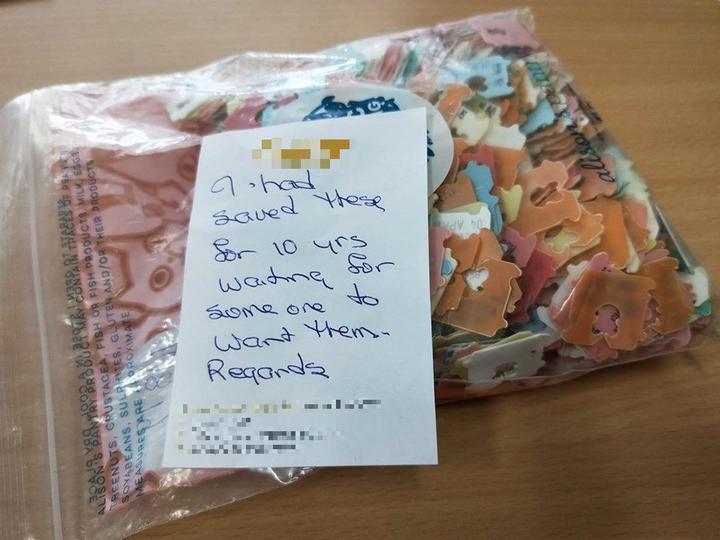 A thankful note left with a small hoard of bread tags delivered to the charity. Photo: Supplied

She said they were sending the New Zealand tags to the South African plastics company for recycling, but she was looking for a local company which could process them.

Mrs Vollenhoven, who lived in Cape Town for three years, is getting the tags to South Africa by asking people to carry them when they are heading to South Africa. 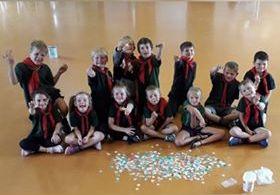 A group of Keas - an offshoot of Scouts - collects the bread tags for the charity Photo: Supplied

She said local plastic recycling companies had so far indicated they wanted to take in tonnes of recyclables, not the kilos which she could currently supply.

There are currently 80 public collections spots around the country, and more information about the New Zealand scheme can be found on their Facebook page Bread tags for wheelchairs NZ.

The money raised from the tags from New Zealand will continue to help purchase wheelchairs for people in South Africa.