New Zealand doctors and patients are being warned to be cautious when using digital apps to help with things such as depression or quitting smoking. 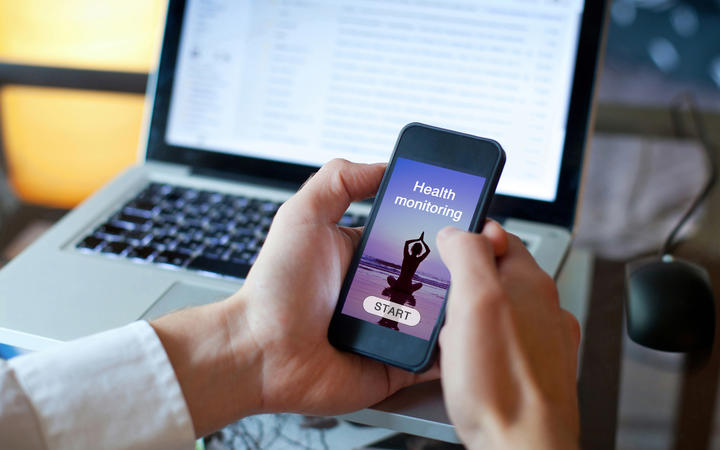 An international study found many apps prescribed to patients pass on private data to outside sources. Photo: 123RF

The warnings follow an international study that found many apps prescribed to patients pass on private data to outside sources, such as Facebook or Google.

The authors said that meant medical professionals checking whether mobile apps were safe and secure for patients to use can not rely on checking privacy disclosures from the apps.

Instead they must look for apps that have been expertly examined and reliably found to have safe data transmission behaviour.

Care with private information was "particularly important in mental health, given enhanced privacy concerns relating to stigma and negative impacts of inadvertent disclosure", the authors said.

In his experience, doctors often tried using the apps themselves to see if they work before recommending them. Or they may listen to recommendations from colleagues.

"GPs are prescribing them more and more. I hear of GPs who'll often give patients a list of two, three, or four apps, or maybe websites for people to go to to look for stuff for themselves.

"I would sometimes encourage patients to look at some of the mindfulness ones, and for everyday worry and anxiety and people who've got too much accelerator and not enough brake in their lives."

The leaking of private information would be a big concern for doctors, who may not be aware of those risks, he said.

"We're careful obviously, with medications - but that's a well organised system - if I prescribe something and you were allergic to it my computer would tell me. A similar thing would be good for apps and websites, a list of ones that are recommended, so you can know that you're actually prescribing something that is safe and secure."

There are over 350,000 health apps in the app stores, and some of the more popular topics include weight loss, pregnancy and diabetes, says Auckland's Dr Janine Bycroft.

She is executive director of Health Navigator, a website offering online health resources including a list of health apps they have checked for usefulness, credibility, and relevance to New Zealand.

With new healthcare apps and devices being created every day, it's important to take care of how your personal health information is collected and used. Learn about keeping yourself safe when using health apps. https://t.co/rjM1158WTC

"Everyone's using apps anyway, but there was no guidance to help people select if an app might be useful or safe for them to use."

However, being absolutely certain of their privacy was not practical, so it was a case of user beware, she said.

"Privacy ... is such a fraught area and still really evolving in terms of how how do you assess the privacy and security of health apps - and the fact that developers can change the code overnight.

"You might have done a really in-depth assessment, they change the code overnight, and how do you then stand by an assessment?"

"So we've talked with lots of DHB and Ministry of Health people around that, and basically agreed we don't have the capacity to do that as a small organisation - so we're tending to look at what are the big organisations doing overseas in that space."

Instead, she advised being aware of advisories listed with the apps, and being cautious about what personal information is entered into them.

Apps have become much more sophisticated in the last ten years, and proliferated, so it was innevitable they would be used and prescribed.

"But we are lagging behind in putting in place standards and certification frameworks. There are no guidelines in New Zealand in primary care, for [doctors] to use. "

"It's quite critical for us, because technology is developing and advancing at such a rapid pace that sometimes the national systems and policies - keeping up with these developments is very hard - but we need to be going down this path."

Australia is currently developing privacy and safety standards for e-medicine, which New Zealand should take note of, he said.