New fire research that is under way could change large-scale firefighting as we know it. 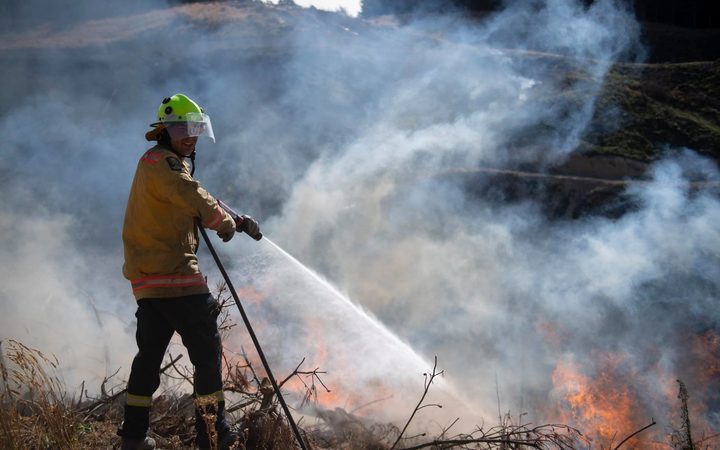 As climate change increases the risk of bush and other large fires, Crown research institute Scion, is developing new ways to predict how a fire will spread and its impact on nearby communities.

They have been working alongside organisations at the coal-face of large-scale firefighting including Fire and Emergency New Zealand.

The research could even debunk firefighting science that's been widely accepted for decades.

The Pigeon Valley Fire earlier this year was the perfect testing ground for new smoke mapping technology from Scion.

Fire and Emergency rural fire manager Tim Mitchell said the model was close to spot on and will not just be useful for firefighters, but the community as well.

"The smoke column can either go very vertical or it can go quite horizontal, horizontal smoke does make operations, particularly helicopter operations, really difficult," he said.

"So knowing that in advance of that means we've got a priority area we can get in there earlier to focus on that before that becomes a problem." 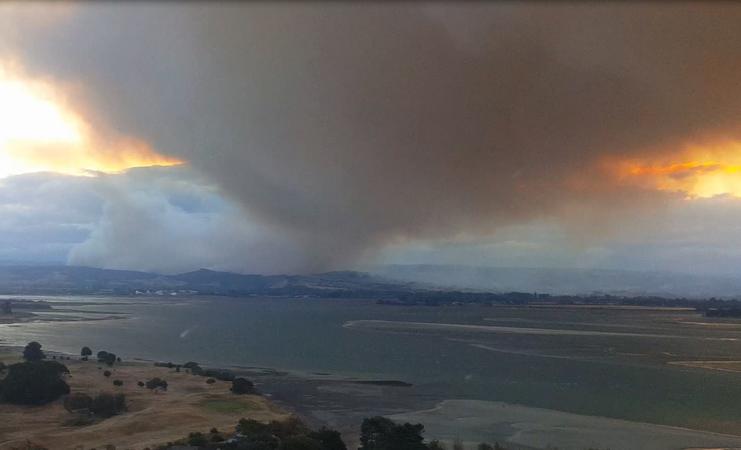 Forest fire over Tasman on approach to Nelson from the flight deck of an Air New Zealand flight. Photo: RNZ / Tracy Neal

He said they were also able to share this information with Nelson Airport to help inform their understanding of what this might do in terms of limiting the operations.

It's just one of the many components which was being used to create the most in-depth modelling tool to date, which will be accessible to responding agencies and the community, he said.

"We're taking all of the information from the various sources, whether that be satellite fire detection, to the best available information on the vegetation types and the terrain on the ground, to the latest weather forecast, to be able to predict more accurately where these fires are likely to go and perhaps more importantly, what the potential impacts will be," he said. 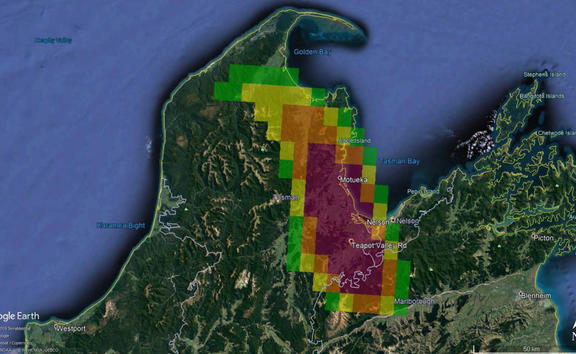 The research is part of a five year endeavour fund project through the Ministry of Business, Innovation and Employment (MBIE), which they are now about halfway through.

Eventually, the goal will be to have this technology readily available on smart phones.

Mr Mitchell said one aspect of the research he's particularly interested in is the testing of a new international theory about how fires spread.

"We thought it was through radiation, but what we understand through the work that's been done thus far is that actually more direct flame contact or the pulsing of the flame front may actually be more of a driver for that fire spread," he said.

Mr Pearce said this will challenge fire science widely accepted for the last 70 years, which much of our current modelling is based on.

"The potential is that if this new theory is proven, it could fundamentally change the way we think about model fires, right from how we train people in fire behaviour to the prediction models and tools," he said.