The man charged with lighting two fires in Nelson last month can now be named. 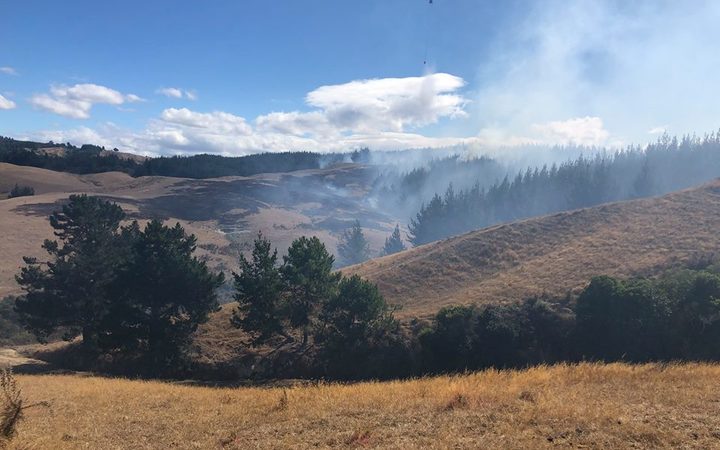 A fire on the side of the Moutere Highway on 27 February erupted just after three weeks after a fire started in Pigeon Valley. Photo: Facbeook / Tasman-Marlborough Fire Area

He first appeared in court on 7 March where the judge declined his appeal for interim name suppression.

He appealed to the High Court, arguing there was a real "risk of vigilantism or retributive offending" if he was named.

The High Court has dismissed the appeal.

Mr Durrant is accused of lighting a fire on the side of the Moutere Highway on 27 February, three weeks after a fire started in Pigeon Valley.

All residents in the Redwood Valley were evacuated after the Moutere fire spread.

He is also accused - along with a co-defendant - of lighting another fire on the side of Pigeon Valley Road on 6 March.