A dairy farm worker who had only recently moved to New Zealand to build a better life for his family is among those killed in the Christchurch terror attack. 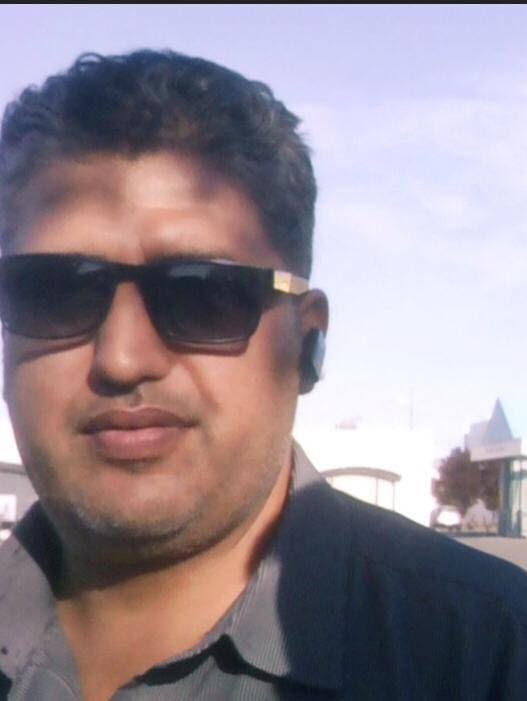 Kamel Darwish, 38, who is survived by his wife and three children aged seven, five and two, was killed at the Al Noor Mosque on Deans Avenue in Christchurch on Friday.

His brother, Zuhair Darwish, who has lived in New Zealand for nearly 15 years, said Kamel had migrated from Jordan to Canterbury about six months ago.

His wife and children, who still live in Jordan, had been in the process of applying for a visa to join him here, Zuhair Darwish said.

"It's very hard to live in Jordan and I told him, come here, it's the best place that you can raise your child in ... safest place in the world and best future for your child ... that's the only reason that he came," Mr Darwish said.

"He was caring, he was honest he was a loving person ... loving for his family, his wife, kids .... one of the best people you have ever met, very peaceful, doesn't get angry."

Mr Darwish said the loss of his brother had been further compounded by the death of his father just two months ago, who had passed away in his sleep.

Zuhair Darwish said his brother had done many different jobs throughout his life to support his family, working as a chef, sports teacher and at one point, a bartender.

Since moving to New Zealand he had taken up work on a dairy farm in mid-Canterbury, near Hinds, which milked about 1000 cows.

Farm manager Raghuveer Singh employed Mr Darwish and had worked alongside him for the past few months.

Mr Singh said Mr Darwish always took Friday and Saturday off work. On Thursday night he had washed his car at his house on the farm before leaving for Christchurch to visit his brother.

When he heard about the terrorist attack on Friday Mr Singh said he tried to call and text Mr Darwish, as he knew he frequented the Al Noor Mosque.

"I tried three, four times, and I tried different times, after one hour, two hour then I text him, but he didn't reply me," Mr Singh said.

Mr Singh said his colleagues were devastated to learn that Mr Darwish had been killed in the attack.

Mr Singh said Kamel Darwish was a hard worker who had learnt quickly.

"He was very caring, he has very good bonding with everyone, he always miss his family but he [was] thinking about his future, because he already apply [for] his family visa ... and he's waiting for his family to come here," Mr Singh said.

Mr Singh said Kamel Darwish's wife did not work and he was worried that his family no longer had financial support.

"Without him, it's getting very hard for his family to survive," he said.

A donation box has been placed on the counter of the Hind's Mechanical Services for farmers and other locals in the area, to show their support.