A silver fern has been projected onto the Sydney Opera House as a symbol of solidarity for New Zealanders following the Christchurch terrorist attack. 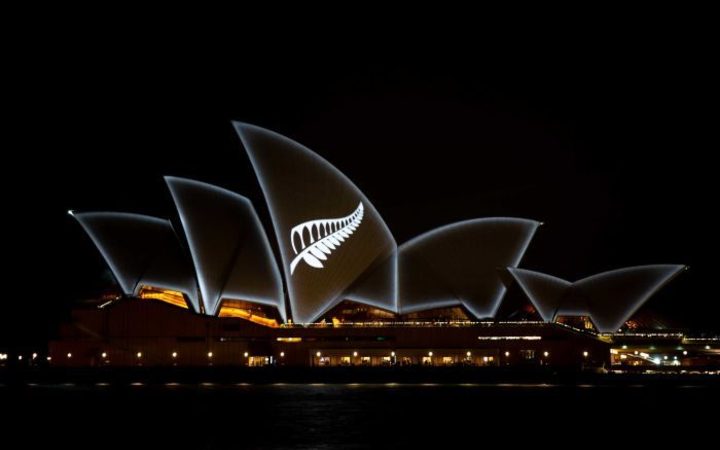 The sails of the Opera House were lit up with the New Zealand symbol on Saturday night, a day after Muslims were massacred while worshipping at mosques in Christchurch.

Ms Berejiklian said the display demonstrated the state's unity and compassion towards everyone affected by the attacks.

"We feel the loss in Christchurch especially deeply given the closeness of our two countries. It is as though this has occurred on our own soil."

In Christchurch, mourners laid flowers at cordons near both mosques, while hundreds more gathered at an official area set up for people to pay their respects in the city's Botanic Gardens near the hospital where dozens of people are being treated for injuries.

The accused gunman, 28-year-old Brenton Harrison Tarrant, was remanded in custody after he appeared in a Christchurch court on Saturday charged with murder.