Fire and Emergency has 12 vehicle crews fighting two fires that were threatening at least two homes near Waipiata in Maniototo. 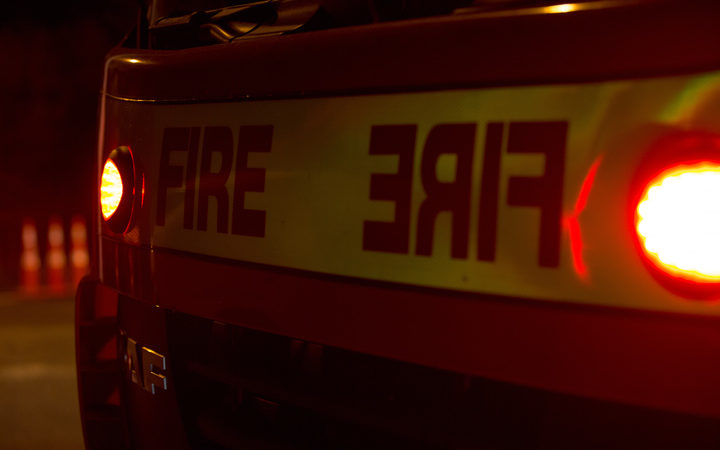 Fire crews have been defending the two rural homes overnight and the occupants have been evacuated.

SH87 was closed between the intersection with SH85 and Waipiata-Kokonga Road, which was also closed just before 9pm.

A Fire and Emergency spokesperson for the Southern centre said there were at least two fires: a major one covering about 50ha near Waipiata-Kokonga Road which started about 6pm and a smaller one on Four Mile Road near Hyde.

He said the bigger one was still out of control, but firefighters had the smaller one contained.

The spokesperson said all occupants from the two threatened homes and crews would be protecting the properties overnight due to high risk.

Helicopters were stood down when it got dark but would be returning at first light, while 11 ground crews monitored the situation overnight.

One crew would continue to monitor the smaller, contained fire at Four Mile Road at Hyde.

MetService forecaster Sarah Hadden earlier said fine conditions were forecast for the next 12 hours, with a strong northeasterly building. A southerly tomorrow afternoon was expected to bring rain.

Central Otago police asked motorists to be aware of road closures, and said motorists should avoid travel or take alternative routes where possible.

Waipiata Country Hotel owner Mark Button said smoke could be seen from the Waipiata township but it was on the Kokonga side of the Taieri River.

A thunderstorm passed through the area about 6pm and Mr Button thought it had sparked the two separate fires.

- An earlier version of this story first appeared in the Otago Daily Times. Additional reporting by RNZ.