An investigation has found vegetation growing near a railway crossing in Whakatāne reduced the view of a rubbish truck driver who was hit by a train and killed. 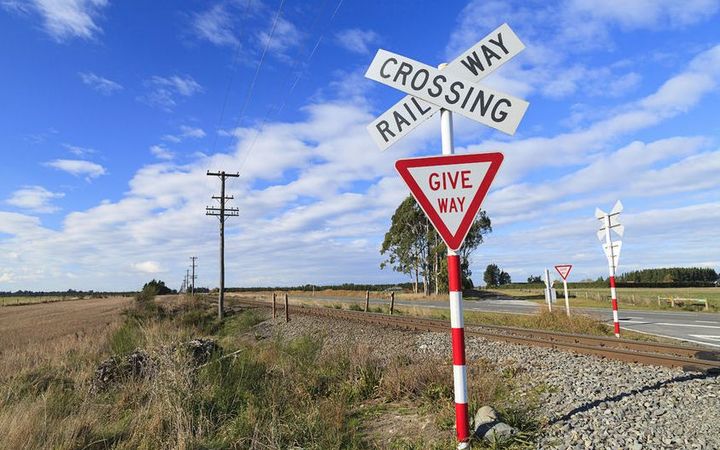 The sole occupant of the truck was 48-year-old Wayne William Fagasa of Whakatāne.

The Transport Accident Investigation Commission (TAIC) report found the Waste Management truck did not stop at the crossing in October 2017, despite a compulsory stop sign.

But chief investigator Tim Burfoot said even if it had, the driver would not have been able to get safely across if a train had been just out of view.

He said the investigation revealed a gap in the legislation.

"There seems to be a bit of a gap - a lack of clarity - around who is responsible for clearing that vegetation. Whether it's the rail authorities or the road authorities because a crossing is where the road meets the rail."

He said the vegetation in this case was on private land adjacent to the level crossing.

"KiwiRail have programmes for controlling vegetation along route corridors and that's any vegetation that might be growing and affecting the passage of their trains as they go through there - but they're not necessarily dealing with vegetation on private land which is obstructing the view lines."

TAIC has recommended to New Zealand Transport Agency (NZTA), KiwiRail and local government that they clarify who is responsible for managing sighting distances at public rail crossings.

"It's going to take a little while to deal with the legislation side of it and who's responsible but they have accepted [the findings] and started that work programme and KiwiRail have agreed to keep an eye on vegetation growth around level crossings and work with the roading authorities to deal with it as needed," Mr Burfoot said.

In the report, NZTA's chief executive Mark Ratcliffe said it had accepted the recommendations and was working toward making changes.

In a statement NZTA said it had prioritised recruiting a new full-time employee to work specifically in this area.

"Our thoughts are with the family of the truck driver killed in this tragic crash. [NZTA] takes all recommendations from TAIC very seriously. We have prioritised work in this area, including recruiting an additional FTE working specifically on improving both regulatory oversight and safety performance for rail level crossings.

"The Transport Agency is working closely with KiwiRail to ensure that level crossings are as safe as they can be."