Civil Defence controller Roger Ball has told a community meeting near Nelson that home owners at the southern end of Pigeon Valley will be allowed home from 8am tomorrow morning, if conditions allow. 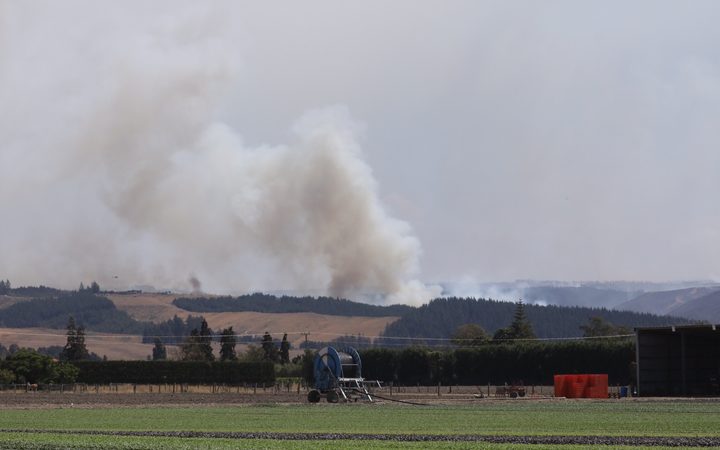 Clouds of smoke are seen rising from the bush fire area at Pigeon Valley this afternoon. Photo: RNZ / Rebekah Parsons-King

The return will be on the same basis as that which governed Wakefield residents.

Wakefield was declared safe for residents to return to their homes on February 12. The public had been asked to listen out for the siren at the local fire station, which would sound continuously if it was time to evacuate again.

The news comes after another fire broke out last night in the Nelson region, which was quickly dealt with quickly by fire crews.

He said a fire breakout was dealt with quickly but there is still a lot of work to do and the fire is still not contained.

"This is the fire telling us it's still the boss."

Risk assessment and a plan for conditional re-entry of 200 properties was a top priority, Mr Ball said this week.