Waiheke Island locals are shocked and frightened by an attack on a woman in broad daylight last week. 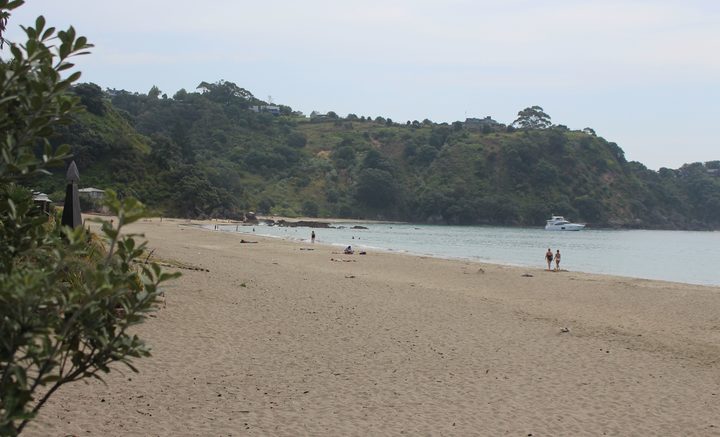 Raven Torea, 25, was walking from Palm Beach to her accommodation when she was approached by a man from behind, punched in the face, strangled and thrown over a fence near Palm Beach between 12pm and 1pm last Tuesday.

She had come back to New Zealand for a family event from her home in Melbourne, and her uncle died while she was here.

Ms Torea was attacked just 200 metres from her accommodation. 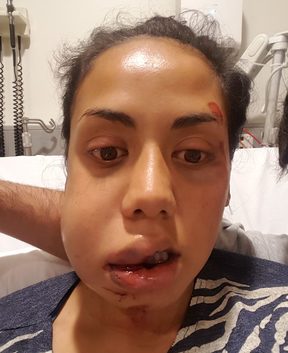 The injuries Raven Torea suffered from the attack. Photo: Supplied

"His arm came around me while I was on the ground... he picked me up and threw me over the fence, and down the bank," she said.

The attacker fled when nearby residents came to Ms Torea's aid.

Manager of the National Network of Stopping Violence Services, and Waiheke local, Merran Lawler said there's been a lot of talk about the attack.

She said the brazen nature of it is a concern.

"Simply being attacked for going about your business and for it to occur in broad daylight, in a not entirely secluded area, is particularly disturbing.

Palm Beach local Stella Andrews said news of the attack has frightened her and she won't be going to the beach on foot anymore.

"Definitely not walking down, but [I will] drive down.

"I also go for quite a lot of runs around here too so I'm thinking about changing my route, but then also I want to run on the main road, but that is the main road so I don't really feel that safe to be honest."

Fellow Waiheke local Frankie Hill said she has always felt lucky living at Palm Beach, but that people are shocked and appalled by the attack.

"Not to say that Waiheke is this utopia where nothing violent ever happens because that's definitely not true, but such a brutal, random attack on the streets of Palm Beach, that's really unusual.

"I've never heard of another one and I've lived here 28 years."

Police are investigating and looking through CCTV footage.