A deaf Wellington man says he's furious after a woman apparently pretending to be deaf so she could try to sell sign-language cards, came into his work. 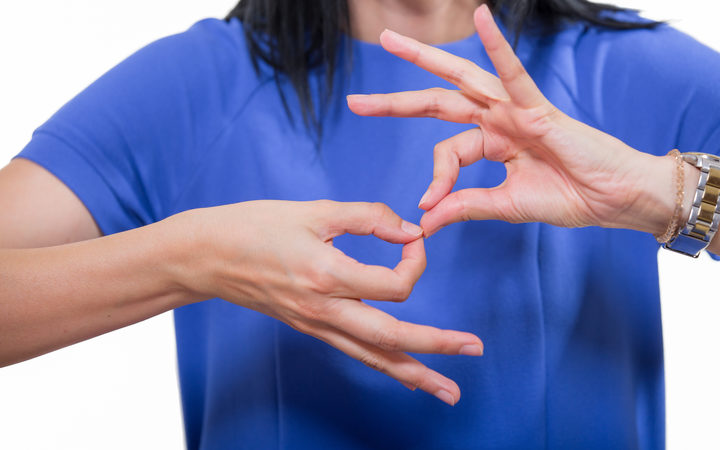 Deaf Action New Zealand has laid a complaint with police after reports of people in Wellington and Auckland trying to sell the cards for $5 each.

It says the cards, which say 'sign language in the world deaf' and have pictures of the sign language alphabet, are not being sold by people with any affiliation to any deaf organisations or clubs.

Speaking through an interpreter, Cameron Ross said one woman had come into his work, selling the cards.

He said he approached her, and it was quickly clear she did not know sign language - and that she was able to hear.

"She didn't respond to me in anyway except for that first interaction when she said she was deaf, because she couldn't sign at all."

It was not a good look for the deaf community, and could damage their reputation, and ability to fundraise, he said.

Then, the Inland Revenue Department thought that people collecting money were from New Zealand deaf organisations and wanted tax from that income.

People were going into shops and cafes asking for money, Ms Noble said.