Four teenagers have been arrested following the third fire in 12 months at an abandoned Dunedin hospital.

Witnesses saw four people flee on Friday night in a vehicle before it crashed into a parked car.

One was trapped in the vehicle and was arrested at the time.

The other three suspects were arrested yesterday.

Fire services said the fire was small, involving a number of household appliances that had been doused in petrol.

The building, the former Glamis Hospital on Montpellier Street, has been gutted by two previous fires in the past year.

The men, aged between 17 and 18, are due to appear at the Dunedin District Court on Friday on arson charges. 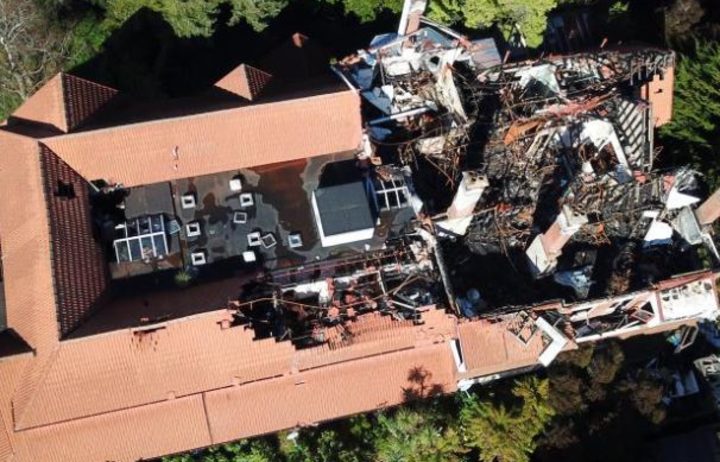 An aerial view of Glamis Rest Home after the second fire in August this year. Photo: Otago Daily Times