Some locals in the small seaside community of Pukehina in Bay of Plenty are concerned a proposed eco-friendly village could have a big impact on the area. 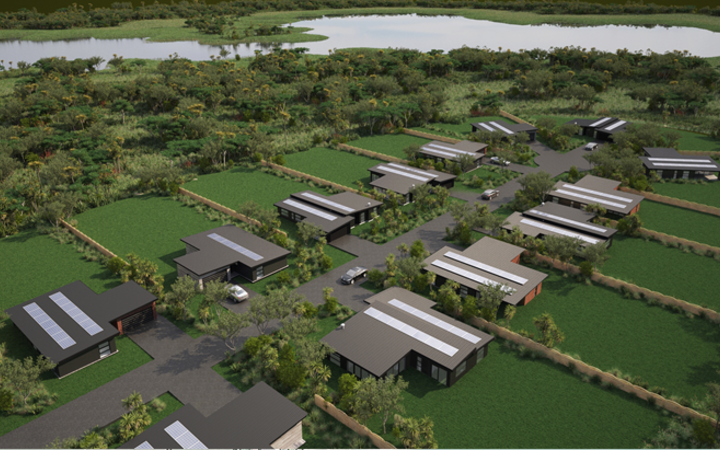 Matuku Moana is the brain child of Bay of Plenty developer Ben Turner.

Mr Turner purchased a 160-hectare dairy farm just a stone's throw from Pukehina Beach with the idea of converting it into an eco-friendly sub-division with more than 140 hectares of natural wetlands.

The project has been touted as the most sustainable living environment in the South Pacific, located just half an hour east of Tauranga.

The sub-division will house 139 homes that run on solar energy, recycled grey water and a state-of-the-art sewerage system.

Project spokesperson Buddy Mikaere said living in the development would be great for those who didn't want the hussle and bussle of city life.

"They're all around about 2000 square metres, which is about three times the size of your usual section you'd get in Papamoa for example and he kind of intense living that section size gives you.

This is intended to get away from that," he said.

The idea has the backing of both local iwi and Fish and Game.

The plan is to restore the natural habitat for native vegetation and birds in a region that has lost an estimated 97 percent of fresh water wetlands.

"How do we address things like the carbon crisis? How do we look at climate change? By changing the way we live and develop I believe we can start approaching that," Mr Mikaere said.

"With his (Mr Turner's) plan to build a fairly large fresh water lake that will help all other the dairying in the area clean up the waterways, that's a very positive thing," he said.

However, Mr Piper admits not all locals are sold. 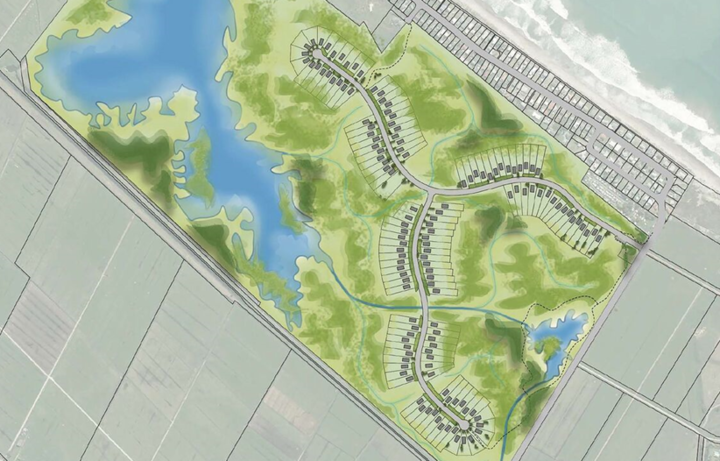 "There's one road in and out of Pukehina Beach and so they (locals opposed to the idea) would see that as an issue.

"A lot of people like to ride their bikes to State Highway 2 and back which is a good bike ride. Extra traffic would certainly impact the area," he said.

Pukehina resident Rochelle Carter said development is bound to happen in the area at some point and opponents need to accept that.

"I would rather see a development like this one, which is environmentally friendly rather than 200 little houses coming into Pukehina.

"It can only be a good thing, the way this development is being done, for the environment," Ms Carter said.

Public submissions for the project are open until 15 November.