A Wellington drag queen says she has been harassed by strangers so often that she's now too frightened to walk alone in the city. 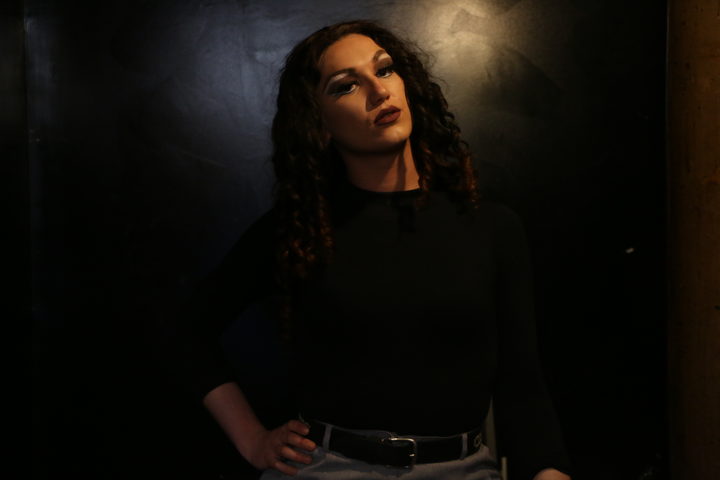 Aroha Richards says whenever she is dressed in drag she's harassed by strangers on the street. Photo: RNZ / Katie Scotcher

Aroha Richards, who has been performing in drag since May, said strangers have stalked, verbally and sexually harassed her in that time.

In May this year, Bailey Fantham performed in drag - as Aroha Richards - for the first time.

It quickly became her passion, she said.

"It's a totally freeing experience. It's being able to do all those things that when I was younger I was told not to do ... now I'm on stage and people are paying to come and see this, and they are supporting, and they are cheering you on and they want you to do more," she said.

Three months after she first stepped out in drag, the 20-year-old said a man stalked her while she was walking across Wellington city.

"I just got really cold all over and it was just this whole like 'oh my god, I might get hurt, doing something I love to do'," she said.

The man was following her for so long, and so closely, she was forced to call the police, she said.

The man was given a warning, and the police escorted her home.

But whenever she is dressed in drag, Aroha said she's harassed by strangers on the street.

"For some time I was hearing numbers. They were shouting numbers at me as if to offer me money for sex, people help themselves to your bodies," she said.

Steven Mawhinney owns the central city bar, IVY, which is a popular place for drag performers in the city.

Wellington is a fairly safe place for drag performers, he said.

"We have a number of performers who will finish their shows and go off down to the Courtenay Place end of town and don't receive any issues that I'm aware of.

"Unfortunately, we're always going to have people who are a little bit behind the times and backwards in their thinking and cause a lot of issues," he said.

"They spend a lot of time on making up their faces to make themselves beautiful, and they are gorgeous, and they are a bit different - in a fabulous way, of course," she said.

A lot of work still needs to be done to gain the rainbow community's trust, so they feel confident to call the police if they're in danger, she said.

Diversity liaison officers have been introduced across the country to work with the rainbow community, she said.