Minister of Defence Ron Mark is pinning his hopes on a final peace settlement with North Korea soon, so that the unrecovered remains of the New Zealand serviceman who died in the Korean War can be brought home. 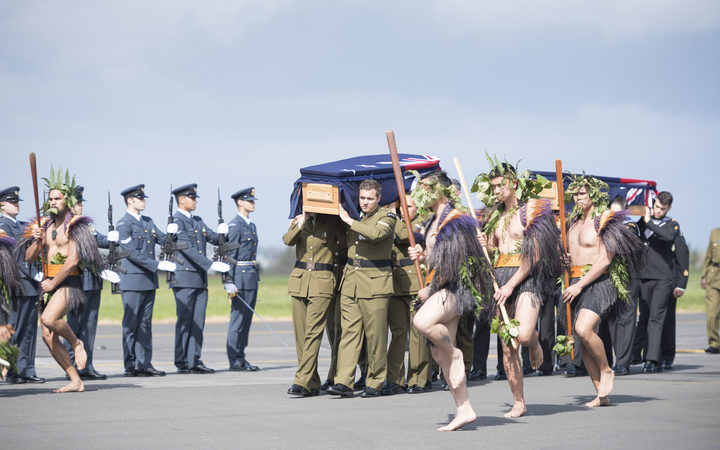 The he taua (war party) leads the caskets towards the awaiting families of the two soldiers. Photo: Supplied/NZDF

Mr Mark was attending a repatriation ceremony held on Sunday at the Whenuapai Airforce Base for two servicemen who died while serving in South Korea a few years after the end of the Korean War.

It was the fourth part of the project Te Auraki, The Return, in which the defence force has brought home soldiers, sailors and airmen buried overseas between 1955 and 1971.

The remains of Navy telegraphist Peter Mollison and Army driver Herbert Lester Humm were flown home aboard an airforce Boeing 757.

The men's caskets were carried through a guard of honour as a Karanga was sounded and the men received a traditional welcome home.

Their remains were then formally handed back to their families and this was followed by a private service.

"Come into a room dancing and singing and loved the girls. Every where he went on the ship he would write a letter home to Mum and he'd say to her, you ought to see the girls Mum," she said laughing. 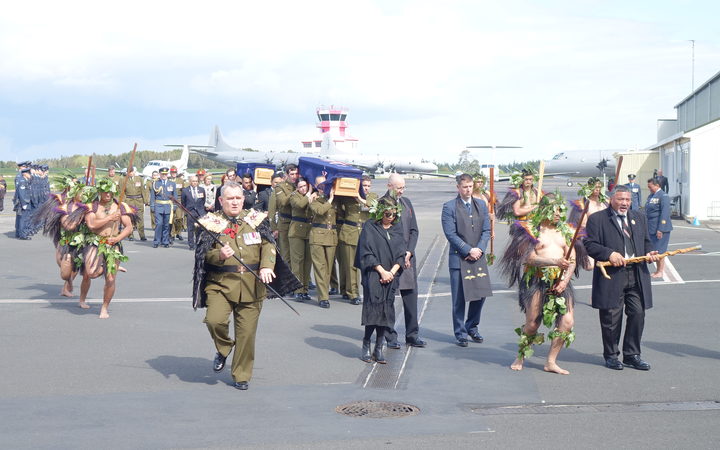 Family members remembered their loved ones as the remains of the servicemen arrived back home. Photo: RNZ/ Andrew McRae

Mr Humm's nephew, John Gilmore describes the ceremony as emotional and well worth it but a long time coming.

"He was up there 65 years, buried there 63 years. Wrote home when he was into his second winter that he couldn't wait to get out of the place and that was in 1955 and now it's 2018 and he's finally home."

After the service, the caskets were carried to hearses which then slowly drove out of the base through both a guard of honour and defence force members performing a rousing haka in their honour.

The repatriations were the last with a total of 34 servicemen and one dependent child being returned home this year.

Mr Mark is hoping Able Seaman Robert Marchioni, who was shot and killed in 1951 during the Korean War can also be repatriated at some stage. He was part of a landing party that came under enemy fire and his body couldn't be recovered.

"No one knows whether the North Koreans actually recovered his body and buried it."

Mr Mark said it was something that was very much on the books and conversations continued.

"There is just hope that somewhere down the line it is possible to ascertain whether or not he was buried and where that might be and maybe, just maybe we might be in a position to repatriate his remains."

The man in charge of Et Aura, Group Captain Karl Nixon described the end as both a sweet and sour moment.

"We've come to the end of something pretty special but it's finished now and what I am thinking of right now is the families in New Zealand that have been reunited with their loved ones." 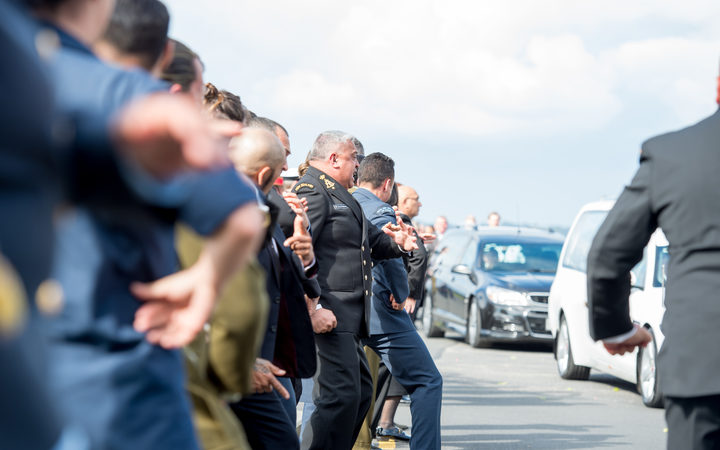 The remains of Peter Mollison and Herbert Humm arrive back to New Zealand at RNZAF Base Auckland. Photo: Supplied/NZDF

The four repatriations involved many hours of work on the disinterment of the remains and then identification before they were returned home.

From the moment of identification defence force personnel conducted a continuous vigil until the remains were handed over to the families.

Navy Chaplain Peter Olds said the impact on young servicemen travelling with the remains and acting as pallbearers has been profound.

"And from that point they recognised they were on a journey that's really important and they journeyed with the soldier, sailor or airman all the way back home."

He said it has been really moving.

"They probably wouldn't like me saying it but some of the toughest looking people around have been reduced to tears."

Mr Mark said while it is satisfying being able to reunite families with their loved ones it left a lingering sadness that it took so long.

He spoke of a story a member of Mr Mollison's family shared with him.

"His mother had a service with an empty coffin sitting there in the church and she knew the coffin was empty and it was symbolic," Mr Mark said.

"It just reinforces the hurt that these families suffered at that time and I guess you can't escape the fact that it was needless."

A number of families of men entitled to be repatriated declined the offer but Mr Mark said if they ever changed their minds he would be open to helping them.