Papamoa police are seeking a man seen illegally taking the jaw bone of a beached whale earlier this year. 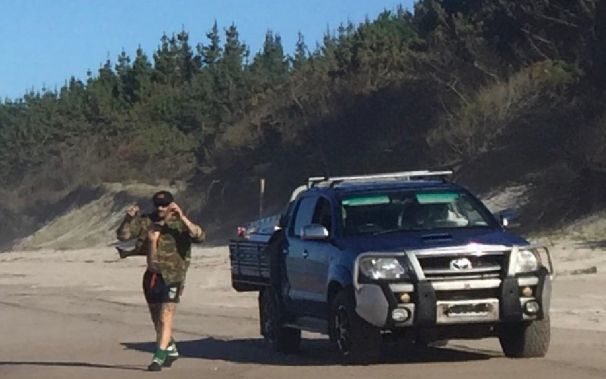 The man was seen taking the bone on Papamoa Beach near the Kaituna River on 15 February, which is illegal under the Marine Mammals Protection Act.

He has been described as 30-40 years old, with tattoos on his upper left leg, face and neck.

He was driving a Blue Toyota Hilux ute with the front registration plate taped over.