Former Green MP Catherine Delahunty is one of five people arrested for blocking a road used by a gold mining company in the Coromandel. 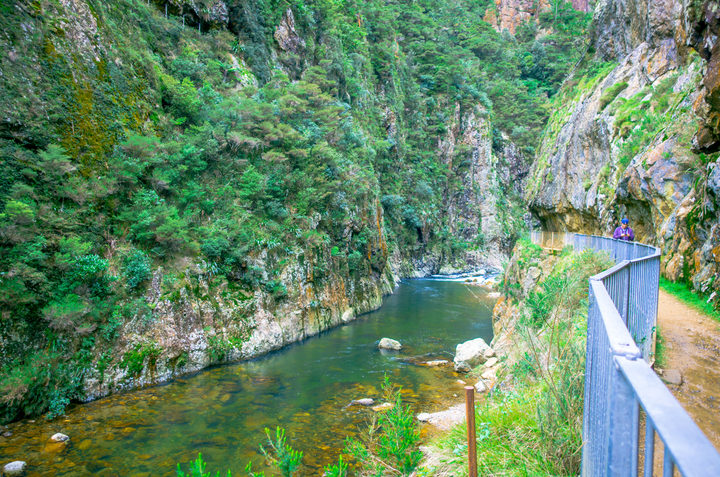 Protestors are opposed to mining in the Department of Conservation park at Karangahake Gorge. Photo: 123rf

The protestors set up tents in the middle of the road to show opposition to New Talisman Gold Mines working in a Department of Conservation park in the Karangahake Gorge.

The company was prospecting in the area, which was once one of country's most prolific gold mining locations.

The police said the five people had been issued with pre-charge warnings and released.

The protesters were advertising the road as accommodation on Airbnb.

Protect Karangahake said it was concerned about the impact the mining would have on the environment.

"The conservation estate is important. It's precious for New Zealand and it's not to be divvied and sold off for gold mining industry because they will do nothing but destroy it.

"As we know in the past in Karangahake they devastate the area once the mining starts."

Last year, New Talisman Gold Mines found over 8500kg of high-quality gold in the gorge at the southern end of the Coromandel.

The company's chief executive, Matthew Hill, said the finding of one of the top grades of gold offered a significant opportunity for New Zealand.