The pioneering magazine editor, Warwick Roger, has died at the age of 72. 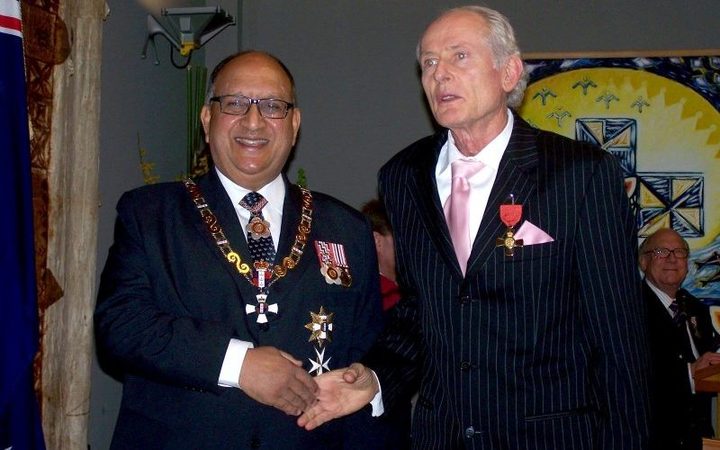 Warwick Roger received the Insignia of an Officer of the NZ Order of Merit, for services to journalism, in September 2008. Photo: gg.govt.nz

Once described as the best New Zealand journalist of his generation, Mr Roger changed the face of magazines in this country.

He worked at several newspapers, becoming a feature writer and columnist, before being appointed in 1981 as founding editor of Metro - the country's first glossy city magazine.

In 1994 he left Metro after a defamation suit by fellow journalist Toni McRae, which cost the magazine a $100,000.

Mr Roger had also been diagnosed with Parkinson's disease, which led him to comment that he had become mildly-famous for being slightly-ill.

NZ has lost a trailblazing giant of journalism with the death of Warwick Roger. His legacy lives on.

Divorced and remarried, he continued to work as editor-at-large for North and South, edited by his wife Robyn Langwell.

He also published a number of books.

Warwick Roger is survived by four children - a son and daughter from his first marriage, and two daughters from his second.

Very sad news. The magnificent editor and journalist Warwick Roger has died. It was the privilege of my career to edit the magazine, @MetroMagNZ, that he founded and made so great.

Retired editor Jim Tucker, who worked with Mr Roger at the Auckland Star in the 1970s, said he left a legacy as the father of long-form journalism.

"He was the main feature writer for the Auckland Star but he was a problem because Warwick wrote in a way that was unusual. It's what I call 'stitched together' writing and it means that you can't edit his stuff easily.

He said Mr Roger left the Auckland Star out of frustration to start Metro magazine, which gave him the chance to reinvent modern long-form journalism in New Zealand.

"When he started Metro he didn't hire experienced journalists. He found people that could write, for him that was the number one thing, and he trained them up to what he wanted."

"His impact was enormous. He was a difficult bugger and he did some things that people didn't agree with."

He said Metro leapt to fame, and would be remembered most, through stories such as the National Women's Hospital expose which led to a Royal Commission of Inquiry and an overhaul in New Zealand's medical ethics.

"I think the key thing was there were an awful lot of things in society in the 70s and 80s that simply weren't reported in any depth. Along came a man then that said right we're going to look at these issues and he did."

Jenny Wheeler, founding editor of the Sunday Star who knew Mr Roger for three decades, said he was just as tenacious about his debilitating illness as he was about his career.

"I know there are people who, he created their careers and they were forever indebted to him. I know journalists who were shaped under him who just regard him as their mentor for life. He had an ability to really engage people but if you got on the wrong side of him. I was thinking he was almost like one of those people who kept his enemies closer than his friends and he didn't let go easily on anything.

"But I wouldn't want that to take away from the fact that he was a totally crusading journalist and once he got a conviction that something needed to be righted he kept on going at it; hammering at it and hammering at it. I just think sometimes he didn't know when to let go."