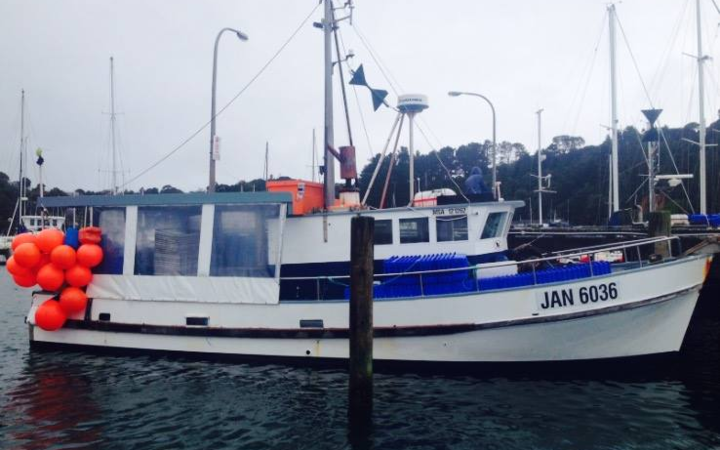 The fishing vessel capsized in the Bay of Islands after grounding on rocks. Photo: Facebook / Wild Fish NZ

Wild Fish NZ was prosecuted by Maritime New Zealand after the fishing vessel Jan grounded on rocks and capsized near Howe Point in the Bay of Islands in January 2016.

The court heard the sole helmsman at the time was a 17-year-old-deckhand who fell asleep on the job.

He had worked a full day, and slept for less than two hours when he was woken to take his first-ever turn on night watch.

Maritime New Zealand said the company had installed watch alarms after one of its boats grounded in similar circumstances eight years ago - but had not trained the crew of the Jan in how to use them.

It said fatigue is one of the leading causes of injury on fishing boats, and it's potentially disastrous.

The company pleaded guilty to dangerous activity charges and was fined $27,200.