An Auckland boatie has been ordered to pay $17,500 in reparation for running over a diver. 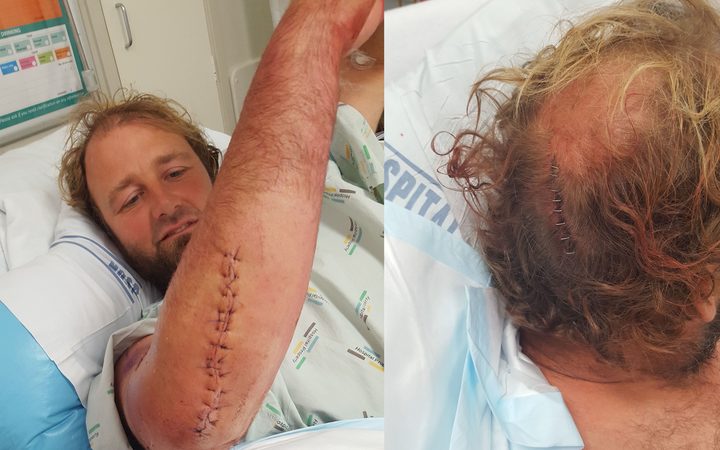 The injuries suffered by the diver run over by an Auckland boatie. Photo: Supplied / Maritime NZ

Maritime New Zealand said Carl Allan Whiteman pleaded guilty to a charge of unnecessary danger or risk to a person and was sentenced in the North Shore District Court.

The diver had been spearfishing between Ti Point and Omaha in February last year when Whiteman failed to register a dive flag and drove over him.

Whiteman turned his boat around to help the diver, and one of the passengers called the police before they took the diver to Ti Point wharf.

The diver suffered deep cuts to his head and a broken arm and was left unable to work for 12 months.

Maritime New Zealand spokesperson Neil Rowarth said it could easily have been fatal.

He said it was Whiteman's first boat and only the third or fourth time he had taken it out.

Mr Rowarth said the skipper was speeding and did not keep a proper lookout.

He said it was important every skipper was trained and aware of how to keep others safe.