A High Court Judge says psychiatric reports relating to the man who abducted a woman in daylight are the most negative he's seen in his career. 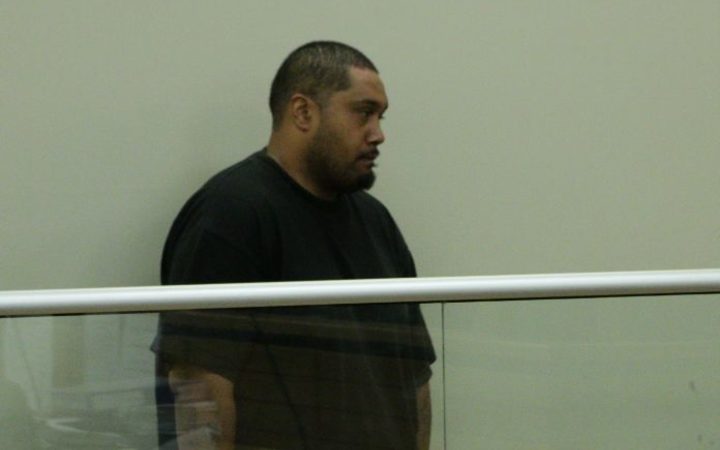 But Justice Whata stepped back from imposing preventive detention for Taga David Keepa Adams at the High Court in Auckland today.

Today, Adams was sentenced to six years and five months in prison with a minimum non-parole period of three years and 10 months.

Justice Whata said Adams was driving in the Auckland suburb of Eden Terrace in February last year when he spotted a woman walking by herself.

He pulled over, and got out of his car, waiting for the woman to pass him before putting her in a headlock.

"You then dragged her a short distance to your car. You opened the passenger side door of the car and pushed her head first into the footwell of the front passenger seat. She screamed, and in response, you choked her to stop her screaming."

When Adams released his grip, the woman screamed again and this time he used his thumbs to gauge her eyes to stop her screaming.

"At this point, the victim said to you: 'please don't kill me'. You continued to drive on. You had driven less than a kilometre when the victim grabbed the door handle and opened it as the car was under way."

In a subsequent interview he said he had intended to rape the woman.

Two hours after the abduction, Adams broke into a woman's home and stole four pairs of her underwear.

At the time he was on parole having served a lengthy prison sentence for breaking into a home and beating the women who lived there.

The Crown prosecutor, Fiona Culliney argued Adams was a candidate for a sentence of preventive detention because his offending had escalated over time and he had only been out of prison three months when he carried out the abduction.

However, Justice Whata had concerns.

"It was the victim's actions of opening the car door and rolling out, that prevented any further action by the defendant. Yes, I accept that reduces the seriousness of the charge that he faces but not the risk that he faces to the community."

But Justice Whata was not convinced preventive detention was necessary.

"I mean, preventive detention is the most onerous sentence that we have on the books, apart from the application of the three strikes law. So, it is not meant to attach to just any risk profile, it is meant to attach to those prisoners that are, most clearly, high-risk to the community."

"I've not seen two psychiatrist reports as negative as this, previously. Needless to say, I've come across some pretty bad offending."

He said it was a big call for a Judge to then give Adams a chance to prove himself.

Ms O'Halloran acknowledged Adams posed a high risk now but would undergo rehabilitation treatment inside prison when he was ready.

She said he was 32 years old and was sorry for what he had done.

In sentencing Adams, Justice Whata noted that he had a childhood marred by alcohol and drug abuse and he had associated with gangs. He'd also racked up numerous convictions for stabbings, thefts, assaults and assault on police officers.

But the judge stepped back from imposing preventive detention.

"I consider that it is too premature to conclude that you present an unmanageable risk of re-offending. Two factors, in particular, drive this conclusion. Your violent offending, while revealing a pattern, does not reveal a repeated pattern of sexual offending. Secondly, you have not benefited from a treatment plan, specific to your needs."

He said he was satisfied a lengthy prison sentence with a minimum non-parole period and the possibility of supervision conditions on release would protect the public.