Five people were taken to hospital, two with serious injuries, after the bus plunged into a ditch when it lost control on ice near Te Anau about 8am.

Ten others were treated locally at a medical centre in Te Anau.

It is understood the the bus contained 17 Korean nationals as well as the driver and a tour guide.

It was headed from Queenstown to Te Anau in the South Island when the driver lost control.

It is understood there were 17 passengers on board, as well as the bus driver and a tour guide.

The highway partially reopened shortly before noon, and has now reopened to both lanes of traffic.

The coach was extensively damaged in the crash and was on its side in a ditch, he said.

The road had earlier been flagged by the Transport Agency as being a concern for ice and grit.

A Mossburn woman told RNZ there were still a lot of police cars "rushing through" the town an hour after the crash.

"There was a really hard frost overnight," she said.

"The roads are really icy."

Another resident said the area of the crash was known for black ice. 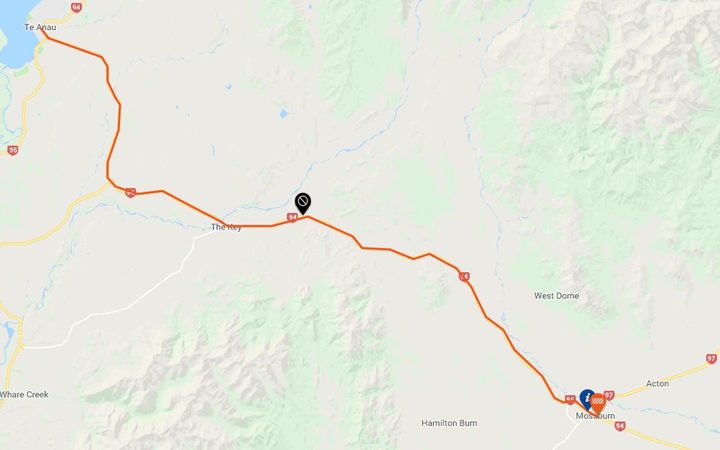