A man who assaulted a woman and her dog while prowling around her property exhibited ''majorly bizarre behaviour'', a judge says. 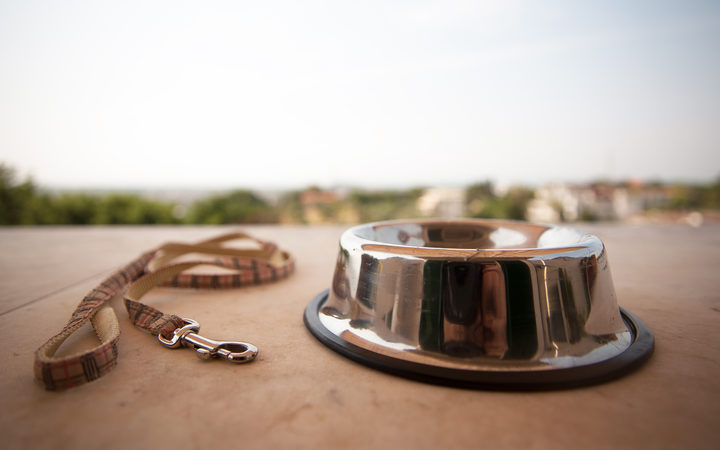 A man who assaulted a woman and her dog while prowling around her property exhibited ''majorly bizarre behaviour'', a judge says. Photo: 123rf.com

Riki Joseph Tamakehu, 38, was on bail at the time of the offending after being caught drink-driving in August for the third time.

On 18 October though, before he could be sentenced, he was back on the booze, the Otago Daily Times reported.

Tamakehu acknowledged he should have alerted the residents first.

When the woman found him snooping in the darkness, she asked him to leave.

''You kept advancing on her,'' Judge Kevin Phillips said.

The victim said Tamakehu's demeanour suddenly changed when he was on the deck with her.

She asked him to leave again.

''Your response was to demand, in an angry voice, that she was to show you some respect,'' the judge said.

Tamakehu then grabbed the dog's front paw and lifted it, causing the boxer to yelp out in pain.

When the victim remonstrated with the man, he gripped her by the wrist and they struggled.

At that point, the woman spotted her neighbour who had emerged because of the loud dispute.

She told him to call police, and the defendant then released her.

''I was in fear of being hurt and that he would come in my house and hurt my children,'' the victim wrote in a statement.

''I have a feeling if my neighbour hadn't been there I'd have been beaten up by the male.''

Ms Ericsson explained why her client manhandled the pet.

''He thought he was diffusing the situation by trying to shake the dog's paw,'' she said. ''Because of the level of intoxication he was much more aggressive than was his intention.''

Tamakehu yelled abuse at the woman and made obscene gestures as she tried to film him with her phone as he left the property.

But he was back in her yard by the time police arrived on the scene.

Tamakehu retreated as police asked him who he was and he struggled when they made their first attempt to arrest him.

The defendant managed to break free and jumped over a fence with a 3m drop.

But he could not evade a police dog.

Yesterday before the Dunedin District Court he was convicted of aggravated drink-driving, assault, ill-treatment of an animal, trespass, resisting police and escaping custody.

Ms Ericsson said Tamakehu had not consumed alcohol since the incident and had only started drinking following three years of sobriety because of the death of two family members.

He was sentenced to six months' home detention, 300 hours' community work and was banned from driving for 13 months.