South Auckland police are hunting an arsonist who has started more than a dozen suspicious fires in show homes and vacant houses over the past few weeks. 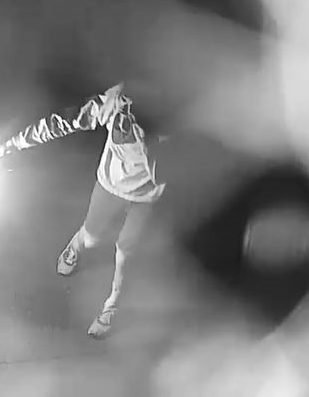 The suspected arsonist was caught on camera, although his face could not be seen. Photo: NZ Police

Police said there had been 16 suspicious blazes in the Pukekohe, Drury and Papakura areas since 21 April and have released an image of the main suspect.

Show homes and vacant houses under construction have been targeted by the arsonist, who is also blamed for a fire at a local primary school.

The most recent fire on Sunday night was at a home under construction in Pukekohe.

"We want to assure our community that we are following positive lines of enquiry but would like anyone who recognises the person in these images to contact police immediately.

"While the photo does not show the suspect's face, we believe that someone may recognise the clothing and build of the offender," says Inspector Glossop.

He said hundreds of thousands of dollars of damage had been caused so far.

"We urge our community to contact 111 immediately if they notice any suspicious activity particularly in the Counties Manukau South area from Papakura to Pukekohe."