A vehicle exploded and debris was fired into the air just moments after a man was pulled from a burning vehicle this afternoon in Papakura. 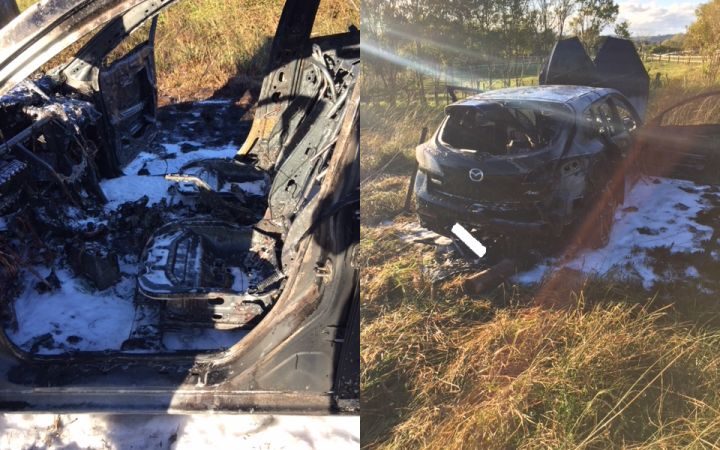 The vehicle was left a burnt wreck after the crash. Photo: NZ Police

Just before 4pm today, a car crashed into a paddock on Papakura-Clevedon Road, catching fire.

Police constable Jenny Sinclair was at the scene and together with a member of the public, made her way toward the 27-year-old driver.

The pair noticed the sole occupant of the vehicle was lapsing in and out of consciousness and was badly injured.

They were unable to enter the car through the driver's side due to the flames of the fire, so went to the passenger side and pulled the injured driver out of the vehicle.

When they were just metres away the vehicle exploded, firing debris in all directions.

The driver was taken to hospital by emergency services who arrived at the scene shortly after. He is in a serious condition.