A woman who represented New Zealand in the 2013 Freestyle Kayak World Championships has died while kayaking on an American river. 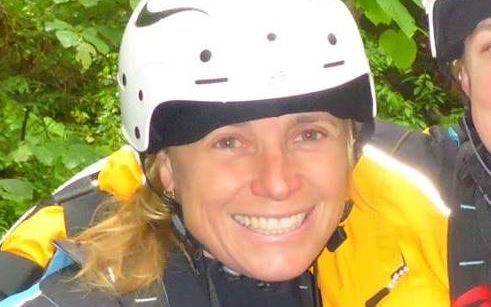 Maria Noakes, 50, died on Saturday while kayaking on the Cheoah River in North Carolina.

Ms Noakes was originally from Waipu, but had lived in Bryson City in North Carolina since 1996, where she operated a jetboat business with her husband.

She was paddling on the river with one of her two sons and two of his friends when she got into difficulty. Despite the river running at a normal level, her boat was found pinned against the river's edge and her body was found further downstream.

A friend told the Asheville Citizen-Times Ms Noakes' death was a "fluke".

"For her it was an easy river. The Cheoah for her was like her backyard, she had been paddling it for 10 years. She was paddling with people who she was responsible for and she didn't take that lightly."

Fellow kayaker Courtney Kerin posted an emotional tribute on Instagram, saying Ms Noakes was "best kiwi team mate and friend anyone could ever dream of".

It is with an extremely heavy heart I write this... Maria Noakes was the best kiwi team mate and friend anyone could ever dream of! She was always filled with stoke, the biggest smile and the best go getter attitude! I will never forget the first time I met you Maria, when you ran down the banks of the Nantahala, NC while I was competing as just a teenager. You were yelling "KIWI, KIWI!!!" And by the end of my ride we were best friends! We met by chance and you proved to be the raddest kiwi ever! You took me in, showed me nothing but love even as a stranger! I'm so proud of you in everything you have done and certainly look up to you as a female outdoors role model! You will always be my hero and in my heart! And I will miss you always!! My condolences go out to your amazing husband and beautiful boys!! Thanks for letting me be a part of your lives! #RIP @zippyzebra100