Pre-schoolers have been evacuated from the top floor of a building in central Auckland that is on fire. 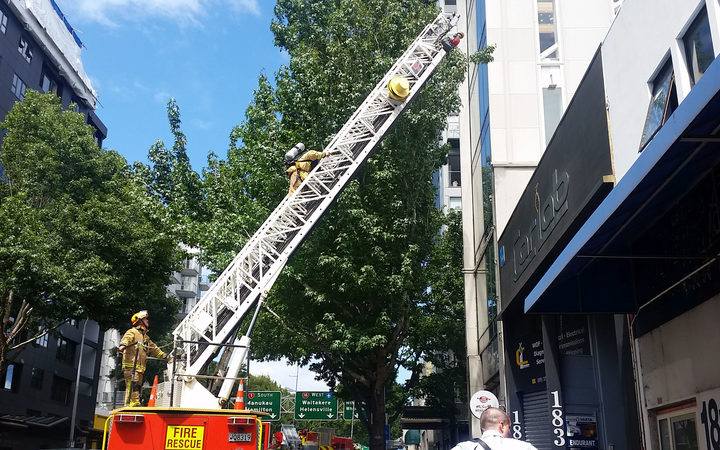 About 60 pre-schoolers and 13 staff members at Auckland's Best Childcare Centre were among those forced to leave the multi-storey building in Hobson Street, just before the central motorway junction.

At least half a dozen fire engines attended, including a command unit and a ladder truck, along with an ambulance.

Two lanes of Hobson Street were cordoned off while firefighters attended.

Best Childcare Centre owner Wayne Wright said all the children got out in less than ten minutes.

"We've been open for six years and every month we've practised that drill," he said.

"All the children got out very safely and they're all behind the building in our designated safety area and the parents are stopping by every few minutes and picking up their children."

There could be some property damage "but crucially everyone is safe", Mr Wright said.

A legal requirement for any high-rise building is that people can get out within 15 minutes in case of an emergency.

Mr Wright said he was proud the evacuation plan worked and wanted to encourage all childcare centres in high-rise buildings to practise their evacuation routes regularly.

Fire and Emergency said they believed the fire started in an air conditioning unit on level six of the building.

Smoke was seen coming from the ground floor.

A cleaning company and restaurant occupied the lower levels of the building and also evacuated safely.