Another suspicious fire has flared up this afternoon at the same central Auckland apartment building site where several fires occurred yesterday. 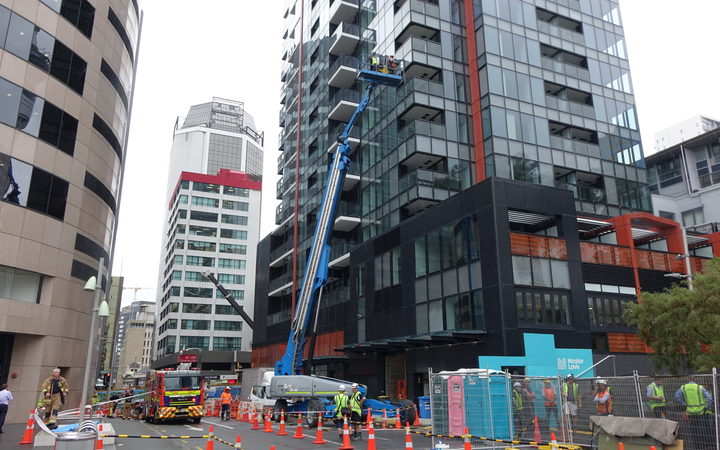 Someone calling from inside the building today told Fire and Emergency a piece of paper on top of a stove had caught fire.

The fire was out by the time the fire service turned up.

The apartment building on Albert Street was set to open next month.

The first fire broke out yesterday morning, but at least four more blazes later in the day on different levels building site suggested the fires were deliberate.

Police said today that the earlier fires had all started the same way, by a flammable substance being left on a stove top.

They were being treated as suspicious.