Flood damage forcing traffic to detour at Thames could mean local supermarkets run short of some foods at the height of the tourist season, says a road transport group. 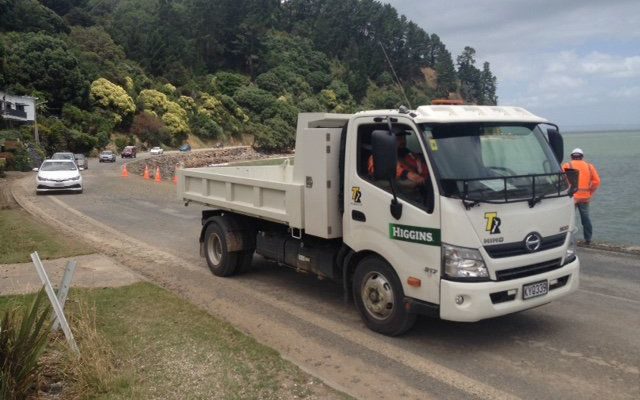 A truck leads a slow convoy through a repaired lane on the Thames Coast Road. Photo: Supplied / NZTA

The NZTA is blocking truck drivers from the Thames coast after flooding caused extensive damage to the roadway.

The Transport Agency is asking truckers to travel nearly three times the distance, by way of Tairua, to limit further damage to the road surface.

About 42 kilometres of highway connecting Thames and Manaia is affected and 2.4 kilometres of asphalt at 29 sites needs repairing.

But Ken Shirley of the Road Transport Forum said he was worried the disruption might mean some shops could run low on supplies, with consumers paying the extra costs of delayed food.

"You can easily see a 20 percent increase in freight costs involved in a disruption like that. These incidents do occur and it's just a reminder of the vulnerability we have in New Zealand and that's why I think it's important that we invest for greater resilience."

The NZTA has said it would look at the long-term resilience of the highway. 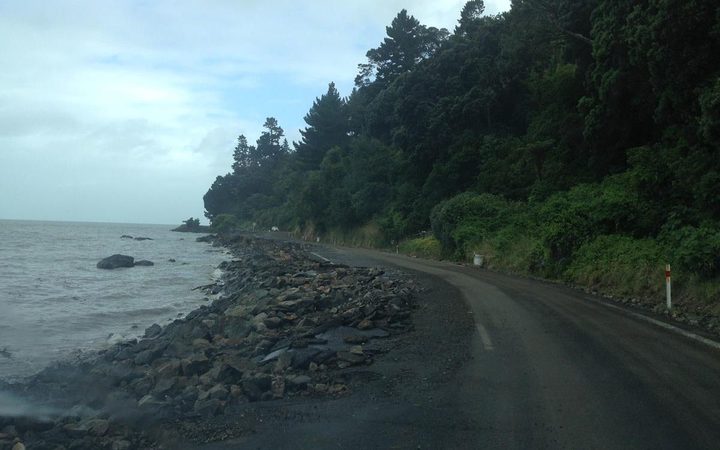 Part of a repaired section of the Thames Coast Road. Photo: NZTA