An arborist raised concerns about the tree that killed a woman in Rotorua during last week's storm, he says. 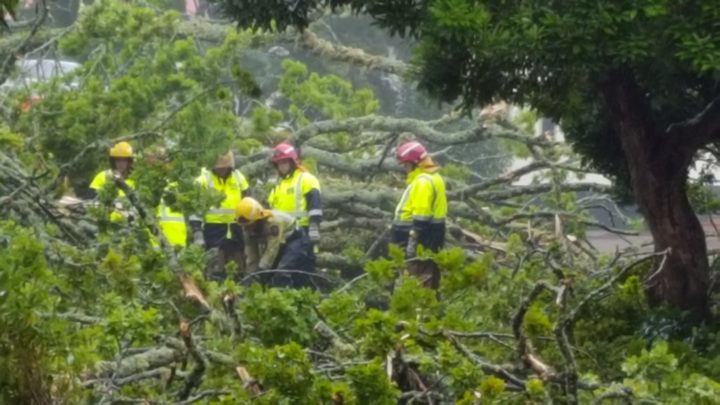 Crews work to free a person trapped in a car in Rotorua when a tree fell on the vehicle Photo: RNZ / Phil Pennington

Police named her today as Trisha Butterworth, 56. She died when the 150-year-old oak came down on her car on Friday.

Rotorua arborist Thomas Rika said he had raised concerns about the giant oak's positioning in the middle of town and had spoken to the council.

He said the council had added new bracing to the tree to keep it stable, but should have removed it completely.

Rotorua Lakes Council said in an earlier statement that a report last February found no major issues with the tree, which was more than 150 years old, and recommended annual inspections.

However, following the more recent raising of concerns another inspection had been undertaken by a council contractor and in September and October bracing was replaced and some branches removed.

The council said it would cooperate with any investigation.

Police are making enquiries on behalf of the coroner.