A 13-year-old girl has been seriously injured in Manawatu after the four-wheel-drive she was in plunged 60 metres off a farm track into a stream. 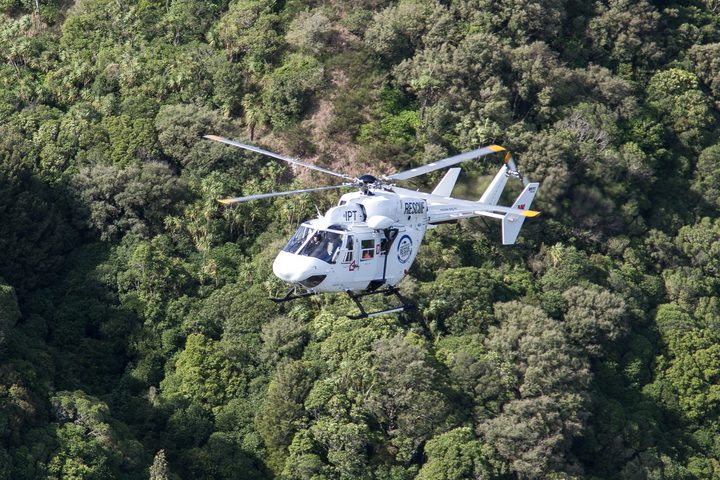 The Palmerston North Rescue Helicopter helped rescue a girl who was thrown from her vehicle that plunged 60 metres off a bank. Photo: Supplied by Philips Search and Rescue Trust

The Palmerston North Rescue Helicopter transported the girl on a farm near Mangaweka around 5pm yesterday.

She was thrown from the vehicle about halfway down the bank and a personal locator beacon was set-off which helped rescuers find her.

She suffered injuries to her chest, back and pelvis and was flown to Whanganui Hospital.

The teen was skateboarding on the Tauranga Harbour Bridge when he came off his board and hit his head on a rail.

He was flown to Auckland City Hospital in a serious condition.