A man is being assessed after all lanes on the Auckland Harbour Bridge had to be closed earlier this evening, police say. 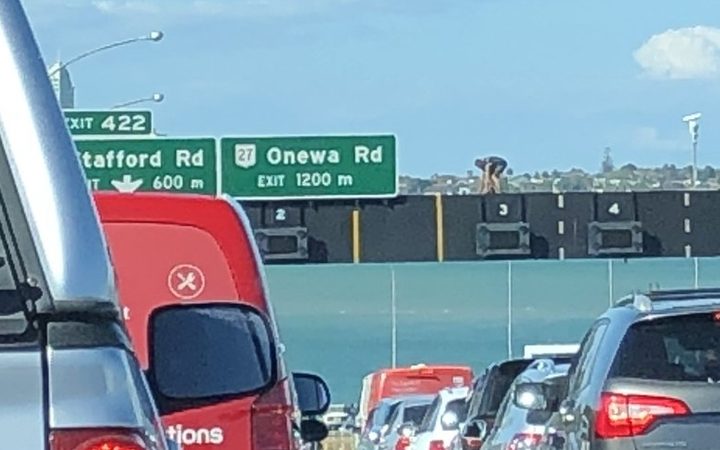 Police closed all lanes of the Auckland Harbour Bridge after a man was seen climbing the overhead traffic signs today.

The northbound lanes of the bridge were closed about 5pm, with the southbound lanes also closed shortly after.

Police said the lanes were closed because of an "incident" and refused to say more, but that it had since been resolved.

They said all lanes have been reopened and traffic is beginning to flow again in both directions.

Cam Parker, who had been caught in the traffic, took photos of a man seen climbing on top of the electronic traffic signs above the highway on the bridge.

He said Fire and Emergency had arrived and tried to reach the man.