The festive season might have its origins in Christianity, but members of other faiths say they are pleased it gives them a day off work, even if it has no religious meaning for them. 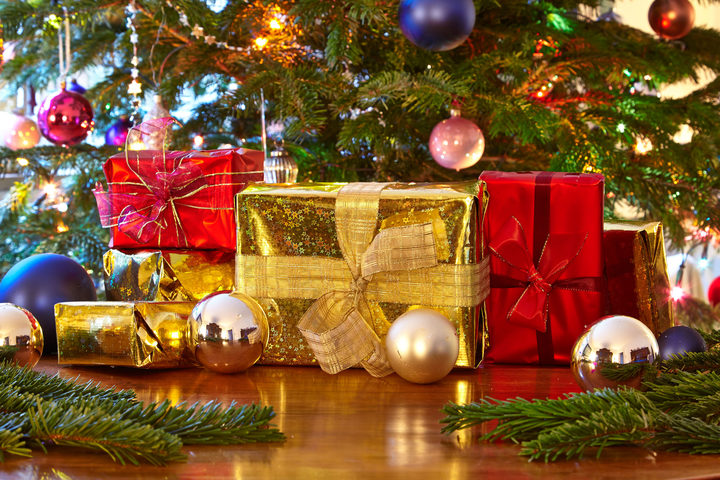 And though they might escape the whack on the wallet that Christmas can bring for many of us, their credit cards get a workout at other times in the year.

Federation of Islamic Associations president Hazim Arifeh said many Muslim families chose to spend time together, but festivals involving the exchanging of gifts and feasting take place at other times.

He said Eid al-Fitr occurs after the month of fasting, Ramadan, ends and 70 days later Muslims celebrate another festival, Eid al-Adha, which marks the time when people make a pilgrimage to Mecca.

Mr Arifeh said both include feasts and the exchange of gifts.

"Every culture is different. For the children, it is most important to have all sorts of toys, but in saying that families may gift each other other stuff as well, like clothing, jewellery, any token of good[will]."

He said having family around was a crucial part of any Islamic celebration.

"For us in New Zealand not so many people are ... lucky to have extended family so we get to celebrate it [as] a collective community.

"Islamic Associations will hire bigger halls if the mosque cannot cater for all those coming on that day. [The celebration] doesn't have to happen in the mosque, but it has to happen."

Karunajoti from Auckland's Triratna Buddhist community said members would not be celebrating the Christian festival, but many would gather with their families for a meal and to exchange gifts.

"A lot of us aren't into the present thing and accumulating more possessions, but you still have to practice being as kind and generous and open to friends and family as you can at that time."

She said her centre would also run a meditation retreat on Christmas Day for people who would like to bring a Buddhist perspective to the festive season.

"It will be [about] a universal loving kindness where we focus on generating positive emotions for ourselves, for good friends, for neutral people and for difficult people and for all those suffering in the world generally. That's a big part of it."

Karunajoti said there were other festival times in Buddhism, including a celebration of the enlightenment of the Buddha, where followers get together for a shared vegetarian meal and to read from Buddhist texts.

David Cumin, of the New Zealand Jewish Council, said people of his faith already celebrated one of their major festivals earlier this month, Hanukkah.

He said it has its origins in the destruction of the 2nd Jewish temple in Jerusalem in the year AD70.

"Those rebuilding it had only enough oil to last for one day but the miracle was that it lasted for 8 days so Hanukkah also lasts for 8 days.

"There is lots of oily food to remember the oil that lasted and we light candles as well and there is a tradition to give children gifts and, like most Jewish holidays, you can sum it up as 'they tried to kill us, we survived, let's eat'."

He said while Christmas was not a Jewish celebration, most people enjoyed the opportunity to take a day off work.

"Some celebrate Christmas with extended family and friends but quite a few [will] be working covering shifts for colleagues or volunteering at the city mission or other places, including dressing up as Santa."

So how does Christmas look for those of no faith at all?

A former leader of New Zealand's sceptic and atheist community said members would be staying away from church this Christmas, but they may still get together for a festive knees-up.

Mark Honeychurch said there were a couple of days on the calendar which were significant celebrations for rationalists and sceptics, including the birthdays of Charles Darwin, the father of evolution, and the scientist, Sir Isaac Newton.

"Also for the last couple of years in Auckland, the association of rationalists and humanists has celebrated the life of Christopher Hitchens, who is a wellknown atheist, so they go out and have a drink in his honour."

He said he and his wife have played along with their children regarding Santa, including leaving out oats for the reindeer and mince pies and a glass of wine for the big guy in red, but his oldest child now understands Santa is not real and that is a valuable lesson.

"We can build these stories and they can become quite believable even though in some ways they have quite fantastical elements to them. So hopefully my kids will have seen that and it will make them somewhat understanding of religious people, if not believing in religious stories."